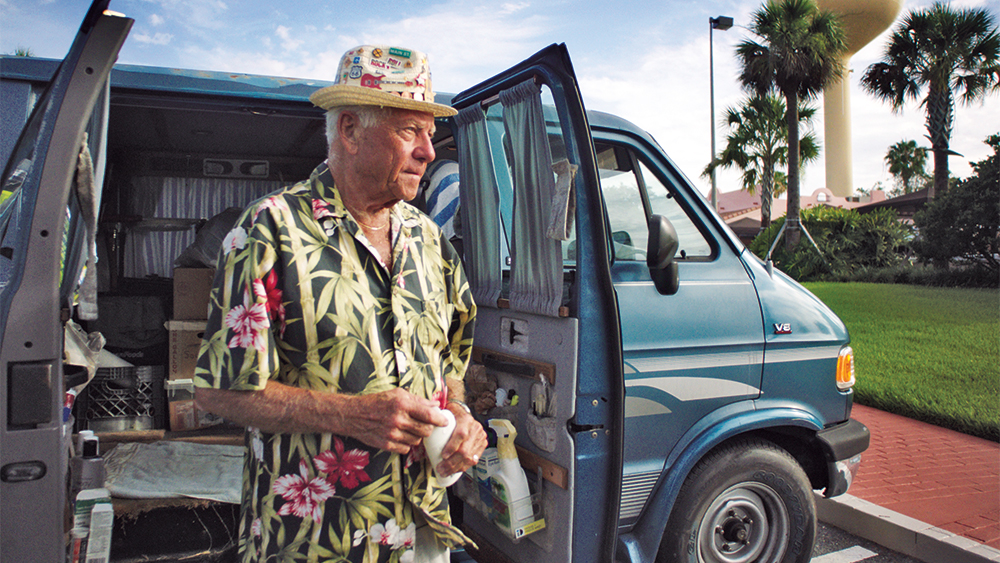 Lance Oppenheim had no intention of making an 83-minute documentary when he began chronicling a group of seniors living in a retirement community in central Florida. But after 18 months and hundreds of hours of footage, he’s started to see the highlights of his feature debut, â€œSome Kind of Heaven,â€ which premieres this week at the Sundance Film Festival.

â€œI think the movie could have been so different,â€ says Oppenheim, who is 23 and has directed six short films. â€œI wanted to push the film in a certain direction, away from the more informative. I wanted to make it something that was a lot more about how in the later chapters of life things are not resolved.

Instead of urging her to think cleaner – and perhaps more commercially – one of the film’s producers, Kathleen Lingo, supported that vision. But she doesn’t work in a film production company or a television station. Instead, his office is in Times Square, at the headquarters of America’s largest newspaper.

The New York Times is embarking on the business of feature-length documentaries. While digital subscriptions have skyrocketed under the Trump administration, it has been true for some time that The Times is not just a newspaper. “The Daily”, a podcast hosted by Michael Barbaro, reaches over 2 million listeners per day with its analysis of the latest White House scandals. â€œThe Weekly,â€ an FX docu-series, invites viewers to accompany The Times reporters on investigations or the editorial board during its presidential approval process. And romantic comedy fans can’t get enough of “Modern Love,” a scripted anthology series from Amazon based on the popular chronicle of fleeting romances and missed connections (it was recently renewed for a second season. ).

At Sundance, The Times will release its first two feature documentaries. In addition to “Some Kind of Heaven”, the venerable brand of journalism has “Time”, directed by Garrett Bradley, about a woman in Louisiana trying to free her husband from a 60-year prison sentence. None of the docs playing at Sundance will be available on the Times website. Instead, they’re looking for a cast, so they can play to audiences in theaters or on a streaming platform. And more and more filmmakers are being recruited for upcoming documentaries, including one in development with an Oscar-nominated director based on reporting from an overseas correspondent.

â€œWe’re looking for ambitious journalistic projects told in a certain style,â€ says Sam Dolnick, associate editor of The Times who oversees audio, film and television. â€œWe’re not as drawn to talking documentaries. We make some documentaries that are quite topical and some that are not at all, just delicious portraits of a part of the world.

This makes sense because documentaries are more popular than ever, coveted by almost every entertainment company, from HBO to Netflix to Focus Features. The Times began exploring space in 2011, when it launched its successful and ongoing Op-Docs – journalism told through short films, which won three Oscar nominations. Lengthening these films was the next logical step for Lingo, who previously ran Op-Docs and now has the title of Editorial Director for Film and Television. â€œThe filmmakers started coming up to me and saying, ‘Can you produce my feature film?’ Â», She remembers. “I said yes without really knowing what that was going to mean or how it was going to work.”

The Times does not pay the entire bill for every production. Directors have yet to apply for grants and bring in other production partners (one collaborator on “Time” was Davis Guggenheim’s new venture, Concordia Studio; other producers on “Some Kind of Heaven” are director Darren Aronofsky and the Los Angeles Media Fund). After films are finished, they go through a Times fact-checker, who reviews them to make sure they meet newsroom journalistic standards.

Ideally, more future projects will evolve from the Times reports. But don’t expect too many reporters to sit in the director’s chair. â€œI would be in trouble if I took our journalists out of their jobs to make films,â€ Lingo says. â€œThe idea is that they are really more there as a spiritual guide. What I really want to do is pair filmmakers with journalists to boost the practice of documentary. “