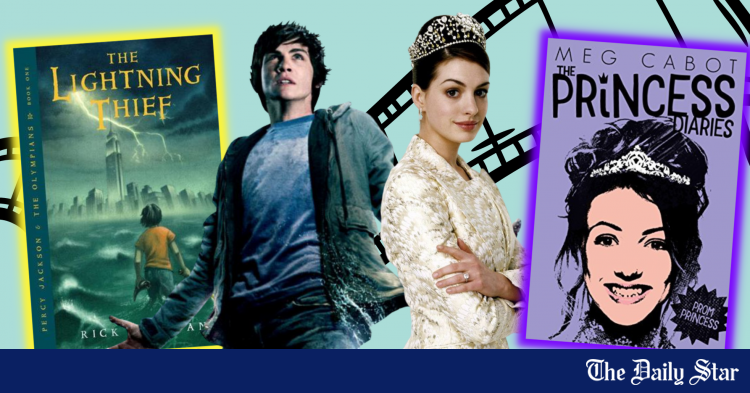 “The book was better,” said everyone who read the book before watching its film adaptation. In most cases, unfortunately, that person is right. This rings especially true when it comes to film adaptations of books written in the first-person narrative.

If you watched the Percy Jackson movies, widely known in fandom as the Peter Johnson movies, you might have noticed something was wrong besides the obvious inconsistencies and flawed setting, namely the absence of Percy’s narration. Rick Riordan’s world-building is flawless and his characters are easy to like, so I thought the writers’ job was made considerably easier.

For all the latest news, follow the Daily Star’s Google News channel.

However, the films missed Percy Jackson’s witty narrations, which perfectly conveyed the thinking that Rick Riordan put behind the modern retelling of Greek myths with the perfect dose of humor. Although the films tried to make up for this loss by adding another character for comic relief, it unfortunately didn’t go so neat.

The unique quality of first-person narration is that we experience the protagonists’ journey through them. When such books are adapted to the screen, we are already far from the character. This dilutes the intensity of the events in the film, as often the drama is dependent on the misunderstandings of the protagonists.

The Diary of a Princess perfectly illustrates this concept. Mia finds out she’s a princess in the modern world and has to deal with being even more of a “monster” than she already is. His over-the-top internal reactions, exaggerations, and extreme sarcasm are what keep readers turning pages, despite the story’s low stakes.

In the movie, Mia’s unreliable and hilarious narration is gone, so every plot point is duller than in the book. The characters were already watered down without his lens, but the film, for some reason, took it a step further.

Another problem faced by film producers is the difficulty in portraying the inner workings of the character: their desires, fears, mistaken beliefs and flaws. Whereas internal conflict in books can be conveyed through the characters’ internal monologues, narration, dialogue, or action, in movies it can only be naturally conveyed through dialogue and action.

Percy and Mia were colorful on the page, but bland on screen, as we first experienced their stories through their unfiltered points of view.

The scriptwriters also have the daunting task of imagining scenes that have been skimmed over in the stories using witty narration, while remaining true to the original material. The director must ensure that the audience sees what the characters have seen in the corresponding book scenes.

In these cases, the authors of the book are essential to the creation of the film. However, in most adaptations (such as those mentioned here), the writers had a minimal role in the making of the film.

Complain to Zaheen about book-to-movie adaptations at instagram.com/tasfiazuhair