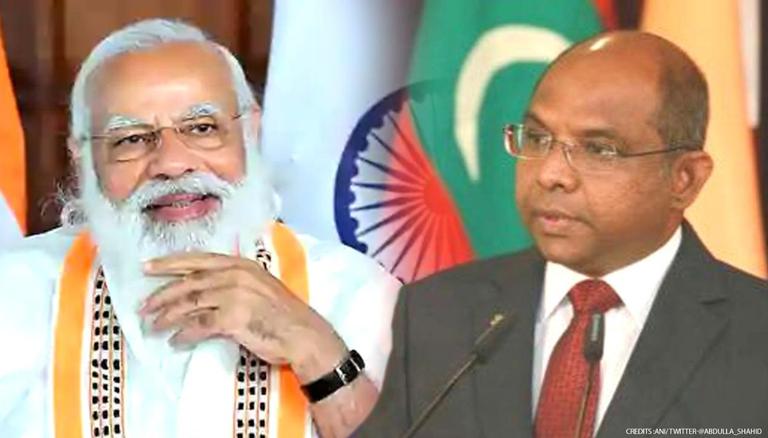 Strengthening international spheres of engagement On July 22, the President-elect of the United Nations General Assembly (UNGA), Abdullah Shahid, who is also the current Foreign Minister of the Maldives, said that India has always been the first responder when needed for the island. nation. The Minister arrived in New Delhi on July 21 for his official visit and will pay a courtesy call on Prime Minister Modi and hold talks with his Indian counterpart, Dr S Jaishankar on key international, multilateral, regional and bilateral issues of common interest, said the Department of External Affairs. (MEA) Arindam Bagchi, Spokesperson.

Speaking to ANI, Shahid answered questions relating to the comparison of India and China’s cooperation with the Maldives, he said, “India has always been the first responder to Maldives in times of need. Even during the COVID-19 crisis, India was the first responder. If you look at the evacuation of Maldivian students from Wuhan, India helped us bring the students back.

India’s aid to the Maldives during COVID-19

At the height of the pandemic, India had helped the island nation by shipping lifesaving drugs and equipment with a hefty budget of $250 million. In addition, emergency doses of COVISHIELD from Indian Serum Institute of India and COVAXIN from Bharat Biotech reached the country shortly after the launch of the vaccine doses here.

In line with this, the Minister of the Maldives said, “India has sent doctors and medical equipment, and medicines when needed. India has helped us in budget support, $250 million so badly needed India also provided the vaccine within 48 hours of its national campaign India is so close to the Maldives geographically and also in many other ways.

“Don’t compare what other countries do for us”: Abdullah Shahid

Speaking of China, he apparently avoided making any comparisons and said that one should not “compare what other countries are doing for us, but rather celebrate what India has done for us”.

“We will continue to engage with other countries, it is the policy of the current government. We are a friend to all and an enemy to no one,” the UNGA president-elect told ANI.

China has expanded its presence in the island nation through its “debt diplomacy”. The Maldives is grappling with huge debt as well as the growing prevalence of China in the region.

In the context of the India-China conflict and their debt issues with China, he informed ANI that the previous government had taken many development loans from China, understandably, its repayment was a challenge during COVID -19 not only for the Maldives but for all small island countries as well as LDCs (Least Developed Countries).

“We were able to talk to China and many other countries that we had borrowed from. Through the DSSI (Debt Service Suspension Initiative) process, we have the opportunity to breathe. I think it is very much appreciated that the G7 developed the DSSI process,” Shahid said.

Terrorism in the Maldives

Following remarks made by the Speakers of the Maldives Parliament and former President Md Nasheed regarding the lack of a crackdown on the UNGA President-elect in the country, the UNGA President-elect said that the President’s government Ibrahim was fully determined to ensure that extremism did not prevail in the Maldives. He further informed that the administration headed by President Ibrahim is the first government to have published a clear and precise list of groups considered as terrorist organizations.

“So we’re giving voice to extremism and terrorism. We’re ready to work with everyone to make sure there’s a national consensus to make sure we leave no room for terrorists or extremists. in the Maldives,” added the Foreign Minister of the Maldives.

India has backed Shahi’s bid for the top job and it marks his first visit to a country after becoming president-elect of the UN General Assembly on June 7.

I’ve paid off student loans, but I support help for those who can’t