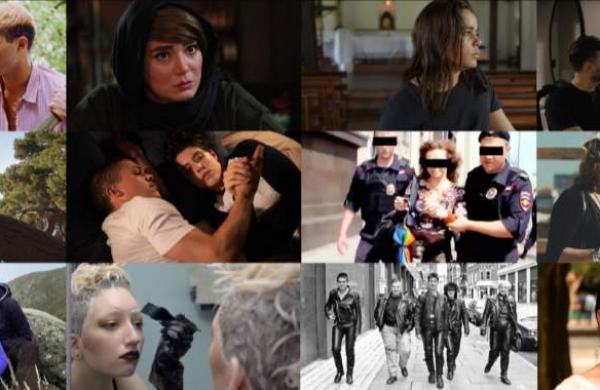 Twelve feature films to watch at the LGBTQIA + film festival

The 12th edition of the Kashish Mumbai International Queer Film Festival begins today with a virtual opening ceremony, which will be broadcast live on its YouTube and Facebook channels.

Hailed as South Asia’s largest queer film festival, it will run through September 5 and screen 221 films from 53 countries, representing the true diversity of LGBTQIA + experiences in terms of sex, gender, ethnicity, region and social privileges.

But if you’re wondering which movies should be on your list to watch, here are the picks from festival director Sridhar Rangayan:

No Hard Feelings, the opening film for Kashish 2021, is a Berlinale Teddy Award winner that tells the heartwarming story of three first and second generation Iranian immigrants to Germany, peppered with a cute gay love story. Available only to the public in India

It will be screened on August 19

Coming from a country like Iran, this evocative film Another Self tells the story of a transgender person who stands up against his family and his society.

It will be screened on August 22

Advent of Mary is a beautiful Brazilian story of a young trans girl’s struggles to come to terms with her sexuality, in the midst of a conservative family and the Catholic Church. The girl is played by a real transgender girl. Long live integration! This film is also in competition for Best Feature Film as well as Best Performance in a Leading Role.

A beautifully sensitive film from Lithuania, The Lawyer (Advokatas) tells the love story of a lawyer with a Syrian refugee he meets through a sex cam chat. The film also stars an actual trans man as one of the prominent characters. This film plays as the centerpiece of the story. Available only to the public in India

It will be screened on August 28

5. Love spells and all that (Turkey)

Beautiful locations in Turkey, beautiful cinematography and brilliant performances all reinforce the enchanting quality of this Love, Spells & All That movie about two women who were in love and meet after several years.

It will be screened on September 4

Unsound from Australia is the perfect closing film as it focuses on youth, the next generation, and has a real hearing impaired person playing the lead role of a deaf trans man in love with a singer. Available only to the public in India

It will be screened on September 5

In the movie A Worm From The Heart, the filmmakers, a gay couple from the UK, travel to Russia to speak to LGBTQIA + activists there to learn about the challenges facing the community. A very courageous film, which opens the eyes. The documentary is in competition.

It will be screened on August 20

Heartwarming documentary from Brazil, Canela is about a middle-aged transgender woman who is considering having gender reassignment surgery and how she handles relationships with coworkers, friends and, most importantly, his wife, his two sons and his family. The film is in competition.

It will be screened on August 22

Prince of Dreams is a languid, 10-year observational documentary that begins when Erik, a trans man, was just 17, retracing his struggles through his gender dysphoria and love for Martyna, which takes him on a journey to question what makes a person a real man. This film is in competition.

It will be screened on August 26

Rebel Dyke is an awesome and proud documentary that is a heady mix of animation, stock footage and interviews with artists, performers, musicians and LBT + activists in London. Raise the flag for lesbian, bisexual, trans and queer visibility. This film is in competition.

Absolutely contemporary, Always Amber speaks and shows today’s youth who are not afraid to assume their gender and their sexuality. Amber, a gender nonconforming person and their best friend Sebastian, two queer kids in Sweden, share everything from dreams and parties to new friendships. The documentary is only available to audiences in India

Admitted is a revelation from an Indian documentary about the most incredible transgender activist Dhananjay Chauhan. This is a life sketch of this powerhouse of a trans woman who was the first transgender student at the University of Punjab.

It will be screened on September 4

Stating that it was very difficult for him to choose 12 feature films out of the 39 shown at the festival, Sridhar said: â€œFrom Iran, India, Lithuania, Russia and Turkey to Argentina, Australia , Brazil, Germany, Sweden and the UK, these films highlight the challenges and triumphs of gays, lesbians, bisexuals, trans women, trans men, queer and non-binary people, against legal inequalities and social. Each of them brings a new perspective to the LGBTQIA + narrative and is difficult to access on mainstream platforms. “

While the films will be screened on weekends, it will also host panel discussions and questions and answers from filmmakers on weekdays.