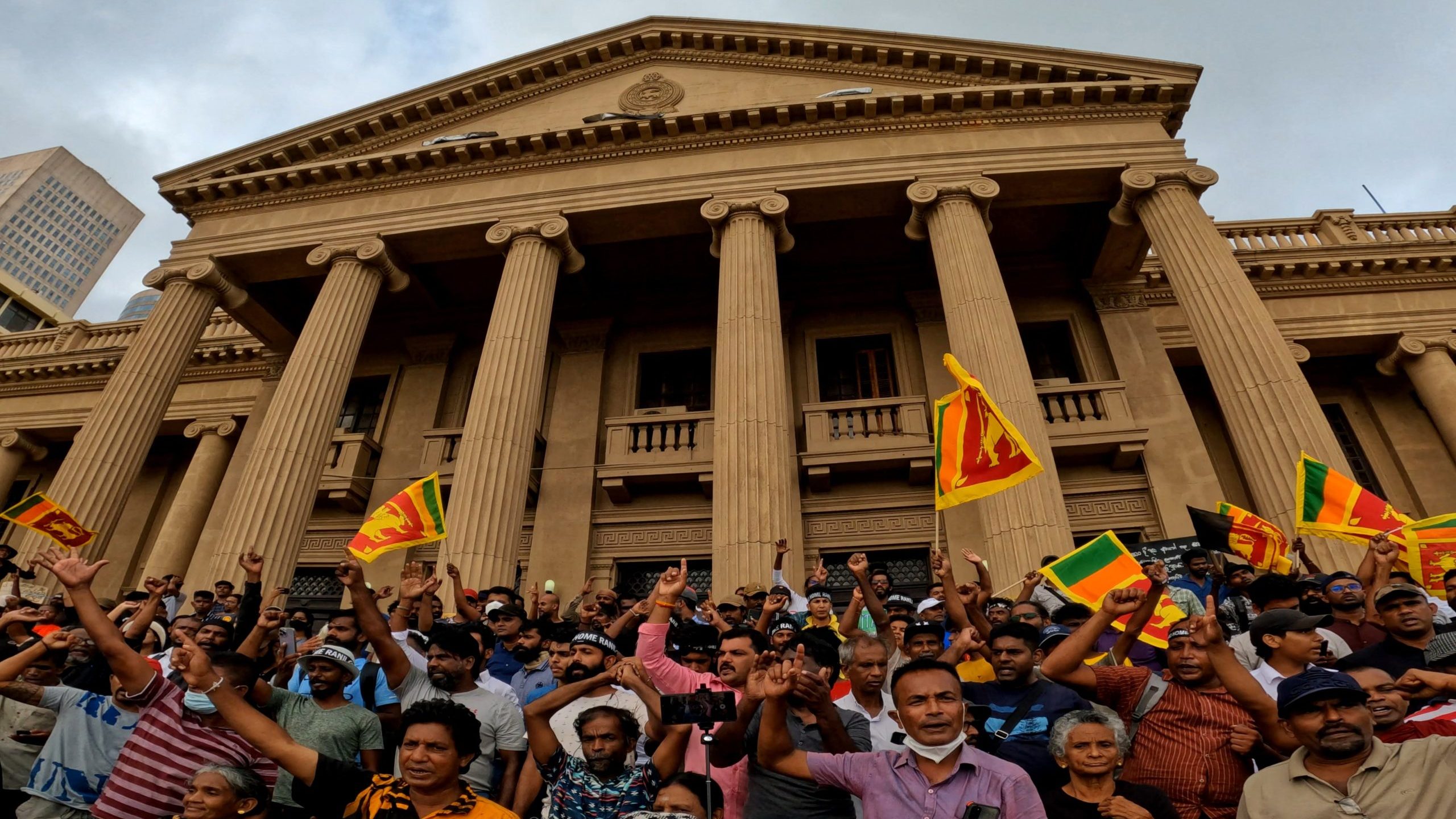 The omens of disaster were manifested in the recent unrest in Sri Lanka, where epic government mismanagement plunged the country into a thirty-five billion dollar default amid severe food and fuel shortages. As Sri Lanka awaits China, Japan and commercial lenders – who together represent two-thirds of the country’s debt – to restructure its loans, markets fear that other low- and middle-income countries will soon not be able to meet their obligations either.

The human cost is becoming all too evident: rapidly rising food and fuel prices, as well as those of other essential commodities, are taking their toll on some of the world’s most vulnerable, as several United Nations bodies have pointed out. United Nations agencies have Underline those last weeks. Hunger is on the rise and millions of people risk falling into extreme poverty.

Worse still, the international community seems unwilling to do much about it.

When they met last week in Indonesia, for example, the finance ministers of the Group of Twenty (G20) failed to even issue a statement. With Russian officials involved, divisions within the group over the invasion of Ukraine were at the heart of the dispute. At a difficult time for the global economy, international cooperation was absent from the negotiations.

To anticipate failures in emerging markets, it is essential that governments focus on developing a roadmap for debt restructuring that ends the tendency to delay negotiations by two key creditors – China and commercial lenders – and ensures that there is enough money to help debtors finance essential services before restructuring agreements are put in place.

A limited toolbox in the event of a debt crisis

Advanced economies’ policy of fighting the pandemic with accommodative monetary policy and increased spending has run its course in the face of supply disruptions and commodity inflation following the invasion of Ukraine . As a result, central bank tightening in response to inflation in the United States and Europe is causing an outflow of capital from developing countries. The Institute of International Finance calculated that net capital outflows from emerging market stocks and bonds over the past four months totaled $20.7 billion, a figure that likely underestimates the full extent of capital flight. This is a trend likely to continue as interest rates continue to rise and investors seek safer havens.

As a result, countries and businesses are seeing their bills soar, especially for those whose debts are affected by changes in interest rates. The International Monetary Fund (IMF) estimates that 30% of emerging market countries and 60% of low-income countries are already over-indebted or approaching it.

Capital outflows have a pernicious impact on balance sheets. First, countries have to replace that money by borrowing abroad at higher rates, which only gets more expensive as more investors leave. Second, the soaring dollar, currently at its highest level in twenty years, is hitting sovereign and corporate borrowers by increasing local currency interest and principal repayments. Borrowing companies whose exposure to the dollar is not sufficiently hedged could suffer the consequences, as was the case for many companies during the period 1997-1998. Asian financial crisis. Rating agency S&P Global warned this month that “[a]As rates rise, we believe currency risk will be more present in… companies’ ability and willingness to finance in US dollars and in stress situations.

The problem is that the main vehicles of global cooperation – the Group of Seven (G7) and the G20, as well as the IMF – have limited tools to deal with a global debt crisis. This difficulty has only become more complicated as global economic power has shifted over the past two decades from the West to China. Similarly, the role of bondholders and other commercial lenders has grown in importance since the global financial crisis of 2008.

The international community has endeavored to develop a comprehensive strategy mechanism to deal with sovereign defaults. But the COVID-19 crisis – which has hit the poorest developing countries hardest – has forced the G20 to rig a combination of a debt service moratorium (which ended last year) and a restructuring process called the Common Framework, which revolves around “creditors’ committees” of public lenders.

But that process has been extremely slow to get off the ground in the first three countries to seek restructuring – Chad, Ethiopia and Zambia – largely because Beijing resists debt reductions (as opposed to late payments).

Private sector lenders have done little to contribute to a solution to the debt problem since the pandemic hit. Despite holding a large proportion of developing countries’ debt, they have refused to join the debt service moratorium and often oppose debt reduction. In Chad, for example, the Swiss commodity trading giant glencorewhich owns more than half of the country’s debt, refused to accept a debt reduction.

Delays in the debt restructuring process are costly to the countries concerned: the IMF requires creditors to provide “financing insurance» debt restructuring or refinancing in order to proceed with its own borrowings. When it was simply a matter of G7 governments striking deals through the Paris Club of sovereign lenders, the process could often be completed within weeks; now it takes months, bringing deeper pain to those most exposed to the human impact of a defect, as happened in Sri Lanka. Ironically, Beijing was pushed back by the IMF when it called for a Zambian lending program to continue before a debt deal was reached.

A stumbling block in Beijing

To its credit, the international community has taken steps to free up resources to help countries facing serious economic difficulties. Last year, the IMF approved the issuance of $650 billion in reserve assets to member countries, with rich countries slowly beginning to make their share of the issuance available to poorer countries. But even a process as cumbersome – and so far ineffective – as the G20 Common Framework is only accessible to the poorest countries. There is no systematic way forward for emerging countries like Sri Lanka and others that may still be lacking.

The main stumbling block is China which, despite its commitment to international standards – is likely to remain resistant to international rules that affect its massive exposure as a sovereign lender. There are recent examples of successful middle-income country debt restructurings: Ecuador in 2020, for example, and Suriname Last year. The lessons of these two restructurings, which involved Chinese loans, must be closely examined. Otherwise, more countries like Sri Lanka will be left without a remedy.

An immediate need is to consider a return to the temporary suspension of interest payments – for poor and middle-income countries – to give countries breathing room and to introduce a form of bridge financing if financial assurances to the IMF are not provided in a timely manner. fashion. There “president’s summaryissued after the meeting of finance ministers in Indonesia (instead of the absent statement) clearly indicates that debt issues have received attention. But there seems to be little political stamina to tackle these important issues.

With interest rates and inflation soaring and the winds of crisis blowing across the world, world leaders will soon have no choice but to revisit these issues in order to avert catastrophe. .

Vasuki Shastry, formerly of the IMF, Monetary Authority of Singapore and Standard Chartered Bank, is the author of “Has Asia Lost It? Dynamic past, turbulent future. Follow him on Twitter: @vshastry.

Jeremy Mark is a senior researcher at the Atlantic Council’s Center for Geoeconomics. He previously worked for the IMF and the Asian Wall Street Journal. Follow him on Twitter: @JedMark888.