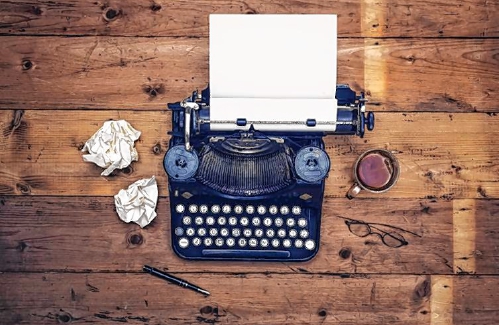 This column will present my objections to President Joe Biden’s executive order canceling all or part of college loans for approximately 40 million people.

Let’s quickly run through the basics: the order forgives $10,000 of federal student loan debt ($20,000 for Pell Grant recipients) for people with incomes up to $125,000 a year or for couples with incomes up to $250,000. If you’re wondering why the president set income caps so high when the average family income in our country is $88,000, so do I. It is important to realize that this debt cancellation is not an act of Congress. Rather, it is by executive order of the president, officially known as an executive order.

Here are my objections:

1. The cancellation is unjustified. The average borrower owes about $37,000 to repay over 20 years. How is that an insurmountable burden, not to mention the “national emergency” that Biden cited as the legal basis for his executive order? Emergency powers serve a limited role in our constitutional system. Their purpose is to give presidents a short-term boost to manage a sudden, unforeseen crisis (the definition of “emergency”) that is moving too quickly or unpredictably for Congress to deal with.

While the COVID-19 pandemic was a sudden and unforeseen development, COVID-19 itself has been with us for 2½ years. Indeed, this may well be our “new normal”. Student loan debt has been a reality for decades. In addition, unlike previous student loan deferrals and waivers, this debt forgiveness is a permanent act and not a temporary measure.

It should be noted that college graduates got something for their money, namely an education. Moreover, university graduates taken as a whole will earn more money during their working life than non-graduates. Remember that those who took out these loans promised in writing to repay them.

2. The cost of cancellation is huge and will be paid by other American families.

The revised budget model from the Wharton School at the University of Pennsylvania estimates that student loan forgiveness will cost at least $300 billion. Depending on future details of the Comprehensive Individual Debt Reduction (IDR), the cost could reach $469-1 trillion over a 10-year fiscal window.

Even at the lowest cost, debt cancellation equates to $2,000 per filer. The highest estimate would be over $6,000. Is it fair to the 100 million Americans who file taxes and whose loans are not reduced or completely forgiven?

It’s worth mentioning that reducing student debt means that hundreds of billions of dollars will go unpaid to the US Treasury. It follows that either other spending will be reduced, taxes will be increased, or the national debt, which currently stands at $30 trillion, will increase.

3. Mass cancellation of debt by decree sets a dangerous precedent.

If a president can spend between $30 billion and $1 trillion of taxpayers’ money without the explicit approval of elected members of Congress, doesn’t that open the door for future presidents to usurp power from wallet and unilaterally spend billions more? Our Constitution has established a separation of powers (executive, legislative, judicial) which must not be ignored.

4. It is unfair for the many students who attended colleges that were more affordable for their families and/or worked several hours a week to reduce the amount they would need to borrow in the first place. Likewise, many people have diligently repaid their debt in full. Making responsible choices about what you can afford and/or paying off your debts on time shouldn’t work against you.

5. Moral hazard: If people considering going to college believe that their student debt will be reduced or even eliminated in the future, they will have an incentive to borrow more than they otherwise would have. Colleges will be incentivized to increase tuition in the belief that increased costs will not significantly reduce applications.

6. Student debt cancellation can be inflationary. “Student loan debt relief is an expense that increases demand and increases inflation,” according to Obama-Biden administration Treasury Secretary Larry Summers. Jason Furman, the Obama-Biden chief economist, said “To pour about half a trillion dollars worth of gasoline on the inflationary fire that is already burning is unwise.”

In short, the cancellation of the student debt is an unjustified act of our president. It is a financial boon for those who borrowed money to go to college and failed to repay the full amount of the bond they signed to repay the education they received . The cost will be borne by millions of other Americans. Biden’s executive order is a misuse of presidential power and sets the stage for more abuses in the future. In short, it is bad policy.

Richard Fein holds a Master of Arts in Political Science and an MBA in Economics. He can be reached at [email protected]