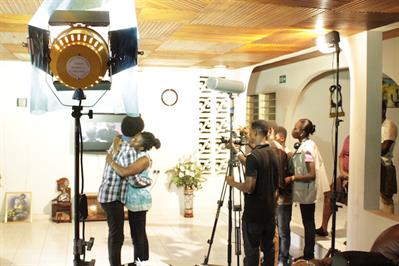 Ghanaian filmmakers have been instructed by their governing bodies to stop selling their feature films to television stations as of July 1.

According to the leaders, i.e. the Film Producers Association, Markers & Distributors Association, Film Crew Association, Ghana Academy of Film & Television Arts and other stakeholders, this is part of a decision taken to address the challenges facing the film industry.

In a statement, the groups said all feature films already sold to TV stations can be shown until the agreed date expires, adding that the contract is not expected to be renewed.

“Any producer or marketer of films who flout these guidelines will be sanctioned accordingly. All actors in the cinema must take these guidelines seriously and comply with them until further notice, ”the statement said.

It comes after a strategy session has taken place with key stakeholders on how to revive the film industry.

Stakeholders said they realized that one of the main setbacks in the collapse of Ghana’s film industry was the unavailability of a market to distribute products of economic value.

Read the full version below:

As the fallout from the KWAHU AGREEMENT (Thursday September 26 – 29, 2019, Rock City Hotel), key stakeholders and companies in the Ghanaian film industry have come to realize that, one of the major setbacks of the collapse of Ghana’s film industry was the unavailability of the market to distribute products of economic value.

To fully appreciate this and other challenges and how to overcome them to unleash the enormous potentials of the industry, it was appropriate to bring together the various leaders of the film market (i.e. Film Producers Association, Markers & Distributors Association, Film Crew Association and other stakeholders) to disentangle the issues surrounding the marketing of the films produced and recommend pragmatic steps for its implementation.

In light of these, a 3-day strategy session was organized and sponsored by the Ghana Tourism Authority to understand the challenges and reasons for the collapse of the film industry, and enable them to put in place solutions to boost exposure, marketing and sales. Ghanaian Films, which was once a role model for film producers across the world.

We therefore wish to use this medium to inform all our film producers that;