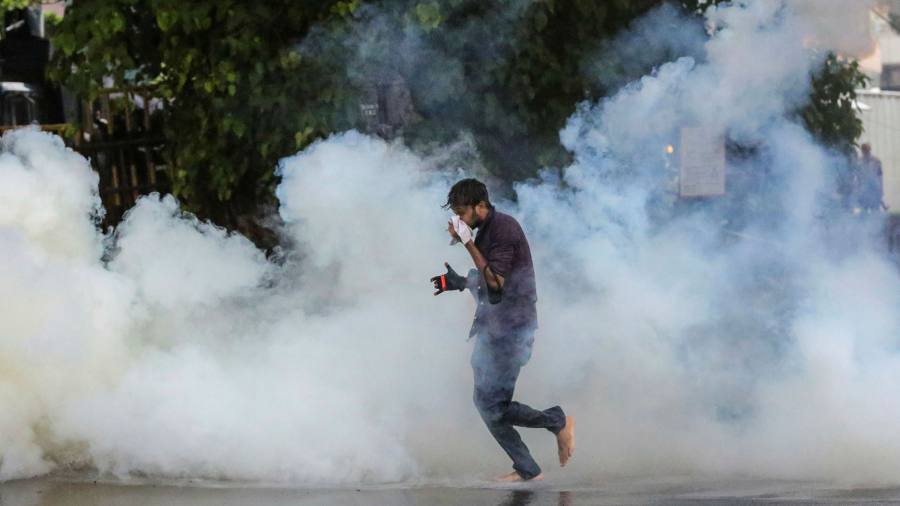 Sri Lanka is appealing for food aid from its neighbors as the country’s debt crisis turns into a humanitarian emergency.

The government is seeking help from a food bank run by the South Asian Association for Regional Cooperation, which has provided rice and other staples to member states during food crises.

J Krishnamoorthy, Sri Lanka’s food commissioner, told the Financial Times his department had just “begun the process” of applying. “We contacted the SAARC. . . [regarding] help from the food bank,” she said, adding that Sri Lanka was seeking around 100,000 metric tons of food in the form of donations or subsidized sales.

The request highlights how Sri Lanka is changing from an upper-middle-income country, the most prosperous of its neighbours, to one dependent on emergency donations and loans for food, medicine and fuel.

The country, which defaulted on more than $50 billion in international debt last month, has been plagued by severe shortages of essential goods since it effectively depleted its foreign exchange reserves.

Fuel shortages have led to long blackouts, with power stations shutting down while hospitals postpone treatment due to a lack of medicine. Aid groups are also warning of a worsening hunger crisis due to double-digit inflation.

Robert Juhkam, the resident representative of the United Nations Development Program in Colombo, said that while Sri Lanka had been able to afford most of its own food, the situation had deteriorated to the point where donations became necessary.

“If the need is obvious, and perhaps it is becoming more evident day by day, then it can be accommodated,” he said of the SAARC food bank request, for which the UNDP lobbied the Sri Lankan government.

Crop yields fell sharply after President Gotabaya Rajapaksa abruptly banned chemical fertilizers last year. The decision was quickly reversed, but imports of rice into Sri Lanka – which was previously self-sufficient – ​​have jumped 368% since then, the UNDP said.

Sri Lanka urgently requests emergency aid from other countries. India has provided more than $3 billion this year through lines of credit and currency swaps, while China has offered ‘a few hundred million dollars’ in loans, new prime minister says Sri Lankan at the FT last week. Japan and the Indian state of Tamil Nadu also donated food and medicine.

Efforts to engage SAARC could, however, come up against harsh geopolitical realities. The body, which includes big rivals India and Pakistan, has been dogged by dysfunctions since its inception in 1985.

The SAARC food bank was established in 2007 to provide rice and wheat to countries in emergencies, but was first used only in 2020 when Bhutan secured a shipment rice.

Analysts said the Sri Lanka crisis could be a chance to reinvigorate the SAARC.

Constantino Xavier, a member of the Center for Social and Economic Progress think tank in New Delhi, said India – SAARC’s most powerful member – could view channeling aid through the bloc as a way to prevent rivals such as China from playing a bigger role.

The food bank “is operational and they can deliver,” Xavier said. “Maybe there’s a precedent and the whole politics doesn’t matter.”

SAARC Secretary General Esala Weerakoon said he was not aware of a candidacy from Sri Lanka.