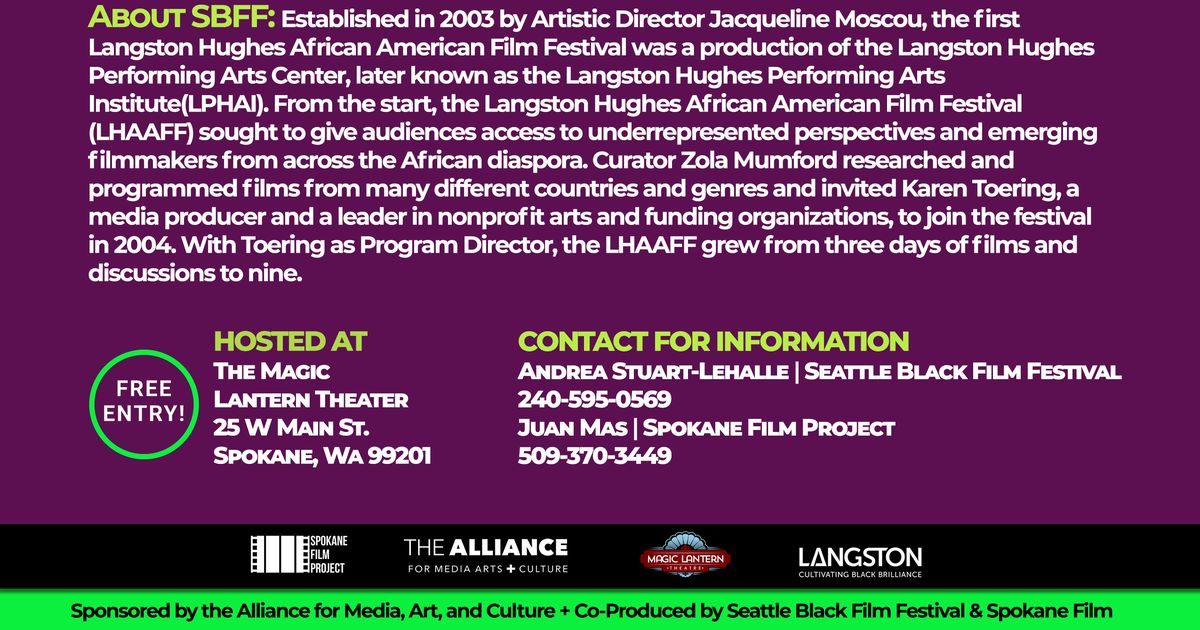 Renamed the Seattle Black Film Festival, this year’s edition of the festival took place in April. The film festival had twice as many offerings as the 2020 festival. Almost 70 films focused on four themes related to the displacement of the diaspora, the decolonization of black narratives in cinema, the future of the black identity and â€œBlack love, self-loveâ€. Some of the material for the Seattle Black Film Festival will be short films and other condensed programs.

With the rise of diversity, equity and inclusion initiatives, filmmakers of color strike while the iron is hot. Juan A. Mas, one of the co-founders of the Spokane Film Project, is a Latino man who seeks to expand Spokane’s cinematic options through the program. Mas has been in the film industry for almost 30 years. He made his debut in Los Angeles, where he witnessed the power to invest in younger communities. After being in Spokane for 27 years, Mas seeks to cultivate a fertile environment with opportunities to empower the next generation of filmmakers and artists.

“Our community as a whole is unaware, and artistic capacities exist in communities (BIPOC), but exposing these things to our young communities is our way of going to school outside of school.” , Mas said. â€œIt’s not just about us arts organizations, but really about the next wave of artists in our community. We have to start with young people to inspire them.

As a volunteer working with Spokane Arts, her community work aims to provide the youth of Spokane with various opportunities. He is currently a director and producer for statewide and local film projects. â€œWe’re not only expanding the material we bring to Spokane, but we’re also increasing work in marginalized communities that don’t get enough support in the art and film industries,â€ Mas said.

Mas hopes the event will attract pockets of diversity to Spokane. He also hopes to connect with more community organizations that combine diversity and art. One of the groups that the Spokane Film Project looks forward to partnering with is Terrain, the local organization that centers “community and economic opportunities for artists, creators and cultural creators of the Inland Northwest.”

â€œThese cultures exist and are strong, vibrant and healthy,â€ Mas said. â€œHere you are going to step into that inclusion within the representation of blacks in the performing arts and the people of BIPOC. Mas can’t wait to fill up the Magic Lantern Theater for the special event. Happy to spend the first Saturday of the month collaborating, connecting and networking, he hopes people will stick around after the movies to talk about opening more doors for similar events.

â€œI am so excited to see the response from the communities. It’s like the benchmark that we use, â€Mas said. â€œIn the film industry, if there is work on the West Side, it’s the whole state because the industry is growing. It would be ideal to have filming plans across the state, as well as slightly different events. I hope people find common values, wishes and hope during this program.

“We want to bridge the gap – generationally, environmentally, culturally, in all of these (ways).”