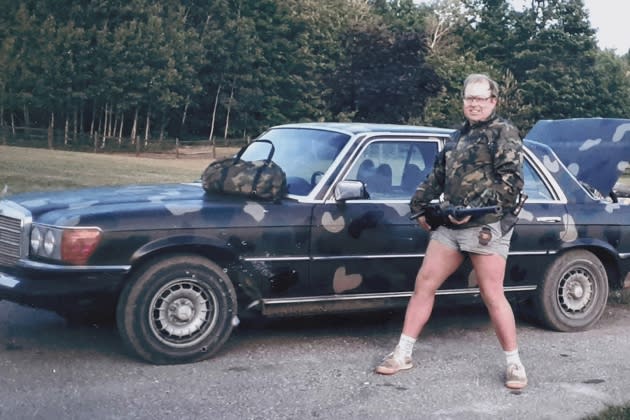 Showtime Documentary Films has acquired “2nd Chance,” about the life and legacy of Richard Davis, from Oscar-nominated director and screenwriter Ramin Bahrani.

The feature-length documentary centers on Davis, the charming and brash inventor of the modern body armor, who killed himself 192 times to prove his product worked.

“Richard Davis is a compelling documentary subject whose character reveals a deeper metaphor for America today,” Bahrani said. “I am so grateful to the producers and the entire directing team to be a part of such an empowering and timely film. We are thrilled to partner with Showtime and look forward to bringing ‘2nd Chance’ to audiences.”

“We’ve long admired Ramin’s collection of work, from ‘Chop Shop’ to ’99 Homes’ to ‘The White Tiger’, so it’s especially exciting to partner on his first feature-length documentary,” Malhotra said. “It’s inspiring to see how he employs such deft touch to thoughtfully navigate this mad dash of ambition, capitalism, and the 2nd Amendment. Ramin’s mastery of storytelling is on full display in ‘2nd Chance.’

WME Independent will handle international sales of the film, which will be launched at the upcoming Berlin Film Market. WME Independent and Endeavor Content brokered the deal with Showtime, which plans a theatrical release ahead of a network premiere later this year.