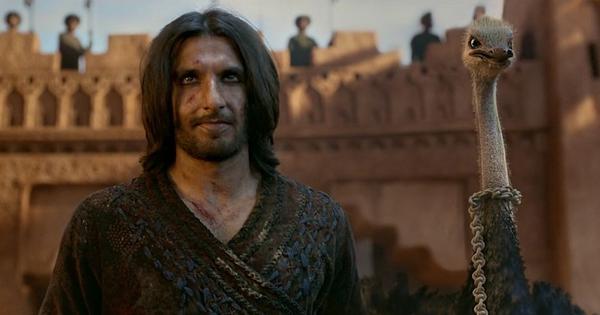 Should filmmakers of historical films educate their audiences or entertain them?

Ridley Scott’s 2005 epic film kingdom of paradise, about the capture of Jerusalem by Saladin in 1187, has been widely criticized by historians for its lack of precision. Even as the film was still in production, Cambridge historian Jonathan Riley-Smith called it “nonsense” and “a version of the Osama bin Laden story”, while Michael Haag wrote that “Scott roughly revises history, or rather invents it”. He concludes his review by stating that “there is nothing that has much to do with historical fact.”

Whatever historians may have thought, the film won critical acclaim – rolling stone said “Scott delivers rousing entertainment” – and took in over $211 million at the box office. The New York Times critic Manohla Dargis described the film as “an ostensibly unbiased and unbiased account of one of the least fair and unbiased chapters in human history”.

So who was right? On the one hand, the professional historians – or the critics and the public? Which instead comes down to the question of whether filmmakers should educate their audiences or entertain them.

Cinema can go no further in creating an absolutely accurate representation of the past. At the most basic level, historical accuracy is impossible due to the nature of the realities of film production, such as the use of actors, costumes, and sets to recreate the historical narrative. Even if these are the subject of a consensus of accuracy among historians, these aesthetics only create an illusion of the past.

Filmmakers need to rework an episode of the story into a marketable narrative that will appeal to audiences and provide a financial return for investors. In the “definitive edition” of the DVD of kingdom of paradisescreenwriter William Monahan explained the need for writers to compromise on the story: “You use what plays or can be made to play, and you don’t use what doesn’t.”

In his 2007 book History goes to the cinema: studying history in the cinema, film scholar Marnie Hughes-Warrington recounted historian Natalie Zemon Davies’ frustration at trying to work with filmmakers. In collaboration with the directors of the historical film, The Return of Martin Guerre (1982), Daniel Vigne and Jean Claude Carrière, Davies complained that “aspects of the story were compressed, changed or even left out”.

According to Hughes-Warrington, Davies “wondered if the film was able to handle and convey ‘the uncertainties’, ‘the maybes’, the ‘maybe’s”. In other words, there are limits to how historical films can create a narrative that will satisfy historians.

But where will audiences get a better glimpse of what life might have been like centuries before it was depicted in the news? As American medievalist and film scholar A Keith Kelly said, “What no print in centuries of writing has been able to achieve for an appreciation of medieval warfare, films like Brave Heart and Branagh Henry V can accomplish in minutes.

In other words, despite the film’s limitations in providing the required factual detail, the medium can provide the audience with an experience that gives the appearance of historical authenticity.

It would take an entire article to detail the historical inaccuracies in Mel Gibson’s 1995 blockbuster Brave Heart. The politics are oversimplified in a consumable tale of good Scots versus bad English. But that glaring lack of historical accuracy didn’t stop the film from winning five Oscars (including Best Picture, Best Director and Best Cinematography) and grossing more than $210 million at the box office.

Documentary film can provide a deeper level of scrutiny, but the assumption of historical accuracy is still problematic. Documentary makers have to compromise on precision and detail to build the desired “narrative”. For example, the documentary Crusades: Crescent and the Cross, focuses on the First Crusade, the rise of Saladin and his conflict with Richard the Lionheart and skips the rise of the conquering Mamluks. This creates a narrative that depicts the Third Crusade as the culmination of the Crusades – which actually continued for another 100 years.

But it’s just too simplistic to say that audiences can’t tell fact from fiction. Two studies – one American and the other Australian – suggest that people are more likely to trust books and the work of academic historians and museums than to believe movies or TV shows.

So even audiences don’t expect filmmakers to educate them – and the numbers show that historical fiction pays off when the film is an enjoyable experience rather than an accurate narrative. A historical film is not a history lesson, but historical fiction, which provides a level of authenticity that places a story within a commonly perceived historical reality.

If audiences don’t expect 100% accuracy, then why bother comparing these fictional accounts to the works of historical scholars? It’s not necessary for box office or critical success – but good historical films can inspire people to learn more about the time period depicted. And comparing the difference between historical fact and fictional film allows the viewer to analyze not only what the filmmaker perceives of the period, but what the filmmaker uses to tell this historical reality. After all, as we’ve heard before: “You use what plays.”

This article first appeared on The Conversation.

Beyond The Cove: What Happened After The Oscar-Winning Documentary? | Documentary films