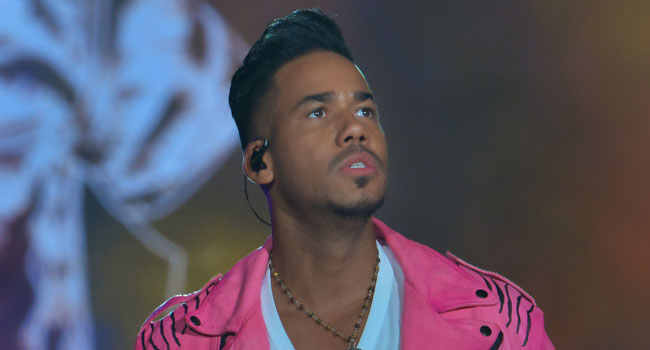 â€œThese films have been such a special project for me, and I am honored and eager to show it to the world and raise the curtain on the history of Bachata,â€ Santos shares. â€œFor the film to showcase my education and strengthen my performance at MetLife Stadium, where I became the first Latin artist to sell the venue, it gives me the opportunity to relive one of the most incredible nights of my life while bringing in the homes of my fans around the world.

Romeo Santos: Utopia live from MetLife stadium highlights Bachata’s greatest champion and superstar, Dominican singer-songwriter Romeo Santos, and his historic record breaking performance at MetLife Stadium. The concert presents, for the first time on stage, all the legendary bachateros of his album Utopia and the reunion of Aventura in an evening full of success and surprises from the King of Bachata.

Romeo Santos: King of Bachata blends Bachata history with Romeo Santos’ musical legacy, following fellow Dominican The Kid Mero as he traces the rise of the private genre of Bachata from the Dominican Republic’s oppressed countryside to its recognition unprecedented international. Santos also roams the countryside, performing for free on his La Gira del Pueblo tour of small towns and villages – most of which have never held a concert before. Between tour dates, audiences get a behind-the-scenes look at Santos’ creative process, as he works tirelessly in the studio on unreleased music.

The digital pay-per-view event will be powered by Endeavor Streaming, an industry leader in streaming and OTT distribution. Starting May 13, fans can purchase their digital ticket for the event at romeosantosonline.com. Additionally, apps will be available on iOS, Android, Amazon Fire TV, Chromecast, and Android TV in their respective app stores. iNDemand, the leading provider of transactional video-on-demand and PPV programming in North America, will serve as the exclusive US cable and telecom PPV provider for the event. Fans will be able to order the movies on PPV through their existing PPV cable and telecommunications providers, including Xfinity, Spectrum, Contour, Fios and Optimum.

The two films, which will be mainly in Spanish with English and Spanish subtitles, are the first projects of the new cinema division of the production company Chimby Productions of Romeo Santos. Both are produced by Sony Music Latin and Chimby Productions. Romeo Santos, Artie Pabon and Ruben Leyva are the executive producers.