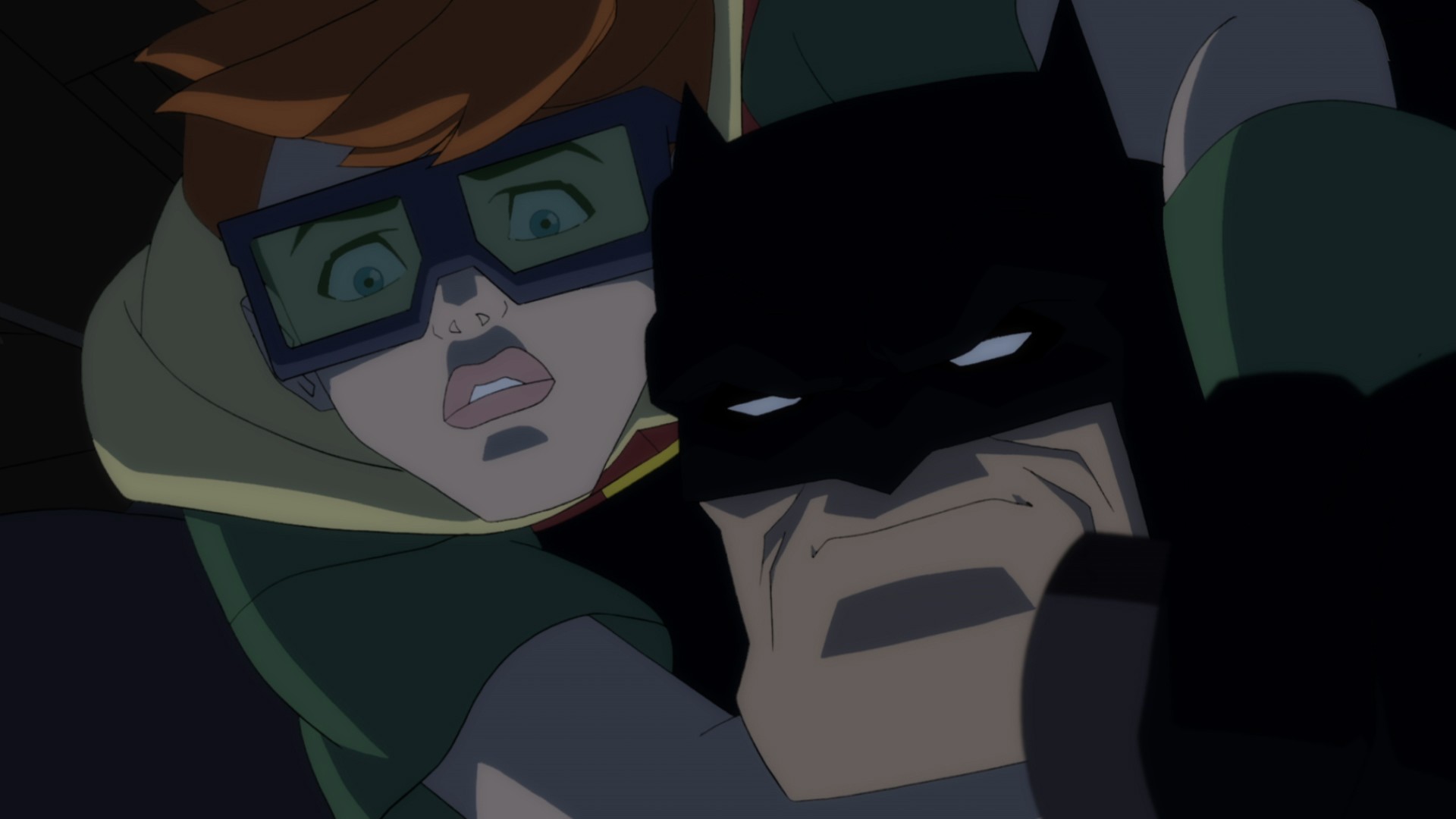 With the release of BATMAN: THE LONG HALLOWEEN, PART TWO, there are now 7 classic Batman graphic stories / novels that have come to life as animated films. Some have been “inspired by” while others are direct adaptations.

Of course, all of the Batman movies are adaptations of Batman comics and the filmmakers involved in each print of the source material. However, for this exercise I’m only counting those that are directly based on a specific, classic Batman comic book story.

So here’s how I think these movies stack up to date. And let me underline â€œby now,â€ because I’m hoping a few more classic Batman comic book / graphic novel stories will receive some kind of adaptation treatment in the future.

FYI: I’m counting the adaptations that were originally released as 2 part movies like 1 movie. Also, I do not count the BATMAN: DEATH IN THE FAMILY version because it was billed as a “DC Showcase Animated Short” (and is more of an extension of UNDER THE RED HOOD, In any event). in addition I do not count BATMAN vs. TEENAGE MUTANT NINJA TURTLES because, frankly, I’ve never watched it! But don’t hesitate to include it in your own sweeps.

Full Disclosure: I don’t like the original graphic novel, but never thought it was great and frankly I think it’s a a little overdone. Plus, I’m also not one of those who hated the Batman / Batgirl “thing” that got added to the animated movie.

Essentially, TKJ the animated film IS the graphic novel – minus the Batman / Batgirl “thing” – so I never really got the, well, I don’t like that from a lot of fans.

RELATED | The BOF review on BATMAN: THE KILLING JOKE

I am very “meh” on the BATMAN: Hush cartoon story. I don’t hate it, but it’s not on my list of classic Batman comic book stories. There is some great stuff in it (eg Batman / Catwoman), but it’s “just ok” in my book. I think he gets the praise mainly because of the fantastic artwork by Jim Lee and the story is overlooked. (HEART OF SILENCE > SHUT UP.)

As for the movie, it’s well done and enjoyableâ€¦ you know, okay.

For years I lobbied and hoped that GBG would be made into an animated Batman movie, as the graphic novel is one of my favorite Batman comic book stories of all time.

And i liked a lot.

Changes and additions to the story were welcome to me, and I had no issues with the identity of the Gotham Ripper.

RELATED | The BOF review on BATMAN: GOTHAM BY GASLIGHT

4) BATMAN: UNDER THE RED HOOD

Based on BATMAN: UNDER THE HOOD Comic book / graphic novel storyline, this film tends to be more of a straightforward adaptation, but there are just enough changes to make it stand tall.

It has been considered one of the best animated Batman films since its release and it has stood the test of time. Hell, I’d say the movie is better than the comic it’s based on!

RELATED | The BOF review on BATMAN: UNDER THE RED HOOD

BATMAN: YEAR ONE is my all-time favorite Batman comic book story and is its animated film adaptation at a Tâ€¦ which might be its only ‘flaw’ – and I use that term very slightly.

I prefer the “inspired by” treatment given to these kinds of movies and I don’t mind if they change things up a bit so I don’t know exactly what happens in the story and how it ends.

On the other hand, why would you edit such a tight, relatively short, classic Batman story?

RELATED | The BOF review on BATMAN: YEAR ONE

2) BATMAN: THE RETURN OF THE BLACK KNIGHT

Simply a great adaptation of a great, classic Batman comic book story. Peter Weller voicing Batman was an absolutely fantastic choice for voicing the former Bruce Wayne / Batman. As far as my personal preference for direct adaptations goes, ditto with what I said about FIRST YEAR.

RELATED | The BOF review on BATMAN: THE RETURN OF THE BLACK KNIGHT

Yes, I judge it as one movie, even though it was released in 2 parts.

Hands down, not only is TLH film the best DC animated movies straight home yet, it’s right up there with the rightly revered BATMAN: MASK OF THE FANTASY.

Damn, I’ll take it a step further and say this is one of the best Batman movies, PERIOD – live or animated.

Good, you have it now. Honestly, there isn’t a whole lot in the bunch and I personally enjoyed all 7 of those movies, so the difference between the spots is minimalâ€¦ except between # 1 and the rest of them.

How do you rank these 7 (or 8, for those who include BvsTMNT) Batman animated films? What classic Batman stories would you like to see get the animated film treatment (BATMAN # 251 / â€œThe Joker’s Five-Way Revenge !, damn it!)? Discuss in the comments section below! – Bill “Jett” Ramey