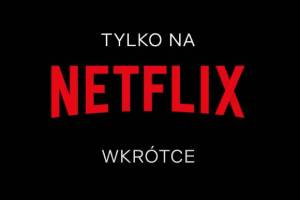 WARSAW: netflix announced 18 new Polish titles currently in production or scheduled to premiere in 2022 and 2023, including nine Polish feature films and nine series.

Today you sleep with me, Freestyle and Monsieur Automobile and the Templars / Pan Samochodzik i Templariusze are currently in production for 2023.

Today you sleep with me / Dzisiaj śpisz ze mną by Robert Wichrowski, produced by Garland Film, is based on Anna Szczypczyńska’s novel of the same title. The screenplay was written by Anna Janyska.

Maciej Bochniak will direct freestyleproduced by Alvernia Studiosa story about Polish rap and a rising star of the genre.

Monsieur Automobile and the Templars / Pan Samochodzik i Templariuszeproduced by Orphan Studio, is a film series based on Zbigniew Nienacki’s best-selling novel. It is directed by Antoni Nykowski from the screenplay written by Bartosz Sztybor.

Netflix also announced its first Polish disaster movie, The Beehive, based on a screenplay by Bartosz Sztybor, following an idea by Bartosz M. Kowalski and Mirella Zaradkiewicz. In the near future of Warsaw, in huge buildings subject to demolition, there are still people who cannot afford to move and whom the system has forgotten. The premiere of The Beehive is planned for 2024.

“The coming months are a time for premieres of movies and series that tackle a variety of topics and represent different genres, conventions and cinematic styles. Thanks to this, they cater to the varied tastes of younger and older audiences. the way we are growing and at the same time we are preparing to implement other inspiring projects,” says Anna Nagler, Director of Local Original Series CEE at Netflix.

Netflix is ​​increasingly strengthening its position in the Polish market for original productions. It is worth recalling that over the past two years, the platform has spent 105.6 million euros / 490 million PLN on its own Polish and foreign productions and licensed content. Since entering the Polish market in 2016, Netflix has released 16 films in Poland.

47 of the best creature features