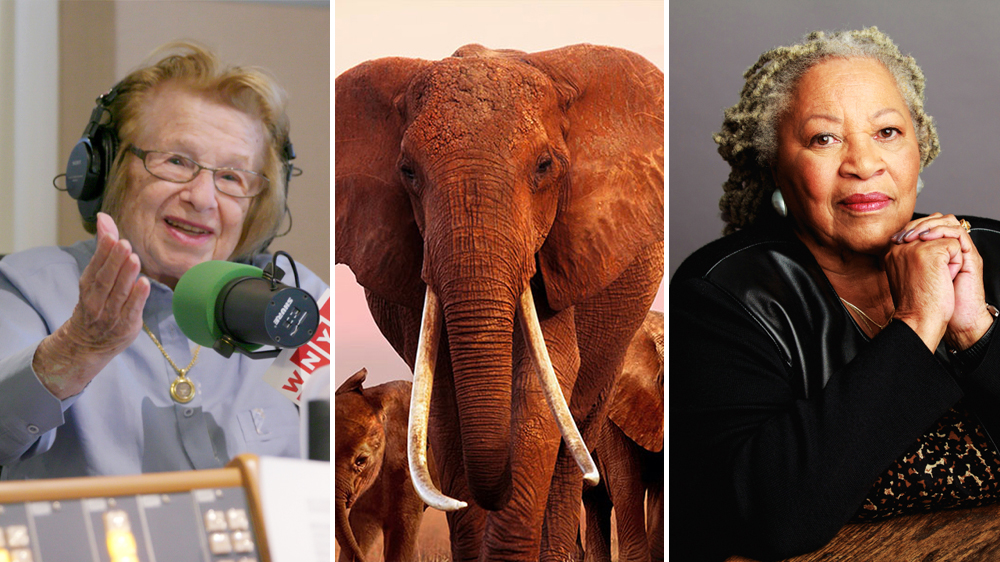 Netflix, Amazon, Hulu are changing the world of documentary films

It’s the best of times and, arguably, the trickiest of times when it comes to the documentary industry. There’s no doubt that 2018 was a banner year for box office documentaries starring Elizabeth Chai Vasarhelyi and Jimmy Chin’s Oscar-winning “Free Solo,” which grossed $29 million; “Won’t you be my neighbor? by Morgan Neville. grossing $22.8 million; and “RBG” by Julie Cohen and Betsy West for $14.4 million. This year didn’t turn out as bright on the soundtrack, but Neon’s “Apollo 11” had a great run. The film grossed $12 million worldwide and was the big winner at the fourth annual Critics’ Choice Documentary Awards, taking home awards for Documentary Feature, Editing and Music.

Non-fiction films have also received a big boost from streamers, no doubt raising the profile of documentaries in recent years.

“The real impact of streamers is that they’ve brought documentaries to an audience that wouldn’t typically watch documentaries,” says non-fiction filmmaker Ryan White. “More people are willing to see a documentary as cinema and entertainment rather than just education.”

White would know. He started working with Netflix in 2016 when his tour de force docuseries “The Keepers” was picked up by Sundance streamer Catalyst. His latest feature, “Ask Dr. Ruth,” about the groundbreaking sex therapist, sold to Hulu ahead of its Sundance Film Festival premiere earlier this year. Currently, White has an ongoing project with one of the newest streamers on the scene – Apple.

“Because of the global audience that Netflix continues to grow, it’s broadened the subject matter you can tackle as a documentary filmmaker,” Berlinger says. “I just launched a musical documentary that has international appeal. In the old days, if it was just to play in the United States, for example for HBO, it might not have been attractive to backers. But now filmmakers have opportunities because streamers can opt for more niche topics because they play internationally and therefore will always have massive audiences.

Berlinger was nominated for an Academy Award in 2012 for HBO’s “Paradise Lost 3: Purgatory.” In 2016 he started working with Netflix when he made “Tony Robbins: I Am Not Your Guru”. Earlier this year, his docuseries “Conversations with a Killer: The Ted Bundy Tapes” and his narrative film “Extremely Wicked, Shockingly Evil and Vile” debuted on the streamer.

“There is 10 times more production than six or seven years ago,” says Berlinger. “I’m busier than ever. In my pipeline, I have four Netflix series and a Netflix documentary.

To the naked eye, documentary filmmakers seem to live in the golden age of non-fiction cinema. Along with more distributors interested in docs – features and series – streamers have deep pockets.

“When it comes to streamers, the biggest advantage is that they have the money to fully fund your budget,” White says. “So that took away a whole extra part of the production, which is tinkering with the budget. Before ‘The Keepers’, all the time I was making a movie, I was also tinkering with the budget. Ever since I made ‘The Keepers ‘, I didn’t have to go through that process anymore.

Filmmakers Karim Amer and Jehane Noujaim’s latest feature-length documentary, “The Great Hack,” was made with Netflix. This is the director duo’s second time working with the streamer. Their documentary ‘The Square’ was the first film to earn an Oscar nomination for Netflix in 2014. In ‘The Great Hack’, Amer and Noujaim take a look at Cambridge Analytica, a UK-based political consultancy that played a essential role in Donald Trump’s campaign by using data gleaned from Facebook to target persuasive voters in key swing states.

Amer says that although the film didn’t have a long theatrical run, he is thrilled with the global audience the film has garnered.

“With Netflix, you create a global conversation when your movie comes out,” says Amer. “Now people all over the world, from different walks of life, are talking about data transparency and Facebook. People all over the world are like, ‘Wait. What am I leaving behind with every swipe and each click?’ I don’t know how you could do that without Netflix.

Berlinger thinks new streaming services like Apple, Disney and WarnerMedia will only make the non-fiction space that much better.

“What Netflix and the streaming revolution have done is put everyone on notice that they need to play at the next level because this is the battle for the future of viewing,” Berlinger says. “Traditional players – basic cable and subscription services like HBO, Starz, Showtime – everyone is playing louder to keep their eyes open.”

But Amer and White still dream of their respective future docs having a strong theatrical presence.

“Maybe it’s a generational thing,” White says. “I grew up going to the movies all weekend and that’s why I became a filmmaker. So in some ways streamers can be like the forbidden apple. But I have to say I’ve had movies with theatrical deals and streamer deals and it’s very hard to pass up the streaming deal.Theatrical companies can’t come close.

Director Richard Ladkani is a filmmaker who turned down an offer from Netflix for his latest film, “Sea of ​​Shadows,” about efforts to save the endangered vaquita whale in the Sea of ​​Cortez. Ladkani wanted a guaranteed theatrical release for “Sea.” The director’s previous documentary “The Ivory Game” was sold to Netflix in 2016. But this year, after “Sea of ​​Shadows” premiered at the Sundance Film Festival and won the Audience Award for Documentary on world cinema, Ladkani went with National Geographic Documentary Films.

“The whole media campaign that comes with the theatrical release is a hundred times bigger than if you just released on a streaming service or just on TV,” says Ladkani. “You’ll get so much more attention over longer periods of time globally if you have a real theatrical release.”

But Berlinger is not so sure. Over the past decade, the filmmaker’s perspective on theater has reversed.

“When I entered the fray, there was no streaming or social media,” he says. “That’s why, with my first film, ‘Brother’s Keeper,’ Bruce Sinofsky (co-director) and I maxed out a dozen credit cards and took out second mortgages on our homes for a theatrical release due of that community experience that a theater provides. But now the combination of streamers and social media has created a community along the same lines that I was looking for when I was a committed theatrical release guy.

Ladkani thinks giving “Sea of ​​Shadows” a global theatrical release will not only keep media attention, but also stretch the legs of the doc’s impact campaign. “I know it’s awards season, but it’s not just about the awards, it’s also about the general attention,” he explains. “If this film is able to help save the vaquita, it will be a beacon of hope for so many other filmmakers and for people in general to raise their voices.”

While “Sea of ​​Shadows” is an environmental film, it’s also undoubtedly a political film, which White says could keep the theatrical documentary imprint alive.

“Documentary filmmaking isn’t safe,” says White. “Most of our films have an element that is not suitable for families. Political risk is involved and it could upset powerful individuals or powerful governments. So, as streamers become more corporate or if they belong to bigger companies, they will probably have to be more careful about the things they program.

White theorizes that streamers will continue to tackle “sexy subjects” and that theatrical weapons like Magnolia and Neon will become home to risque political documentaries and/or artsy docuseries that streamers may not want to take a chance on.

“Netflix has gotten so big and so powerful and so global that they have to be more careful about the things they’re programming,” White says. “It’s an interesting challenge.”