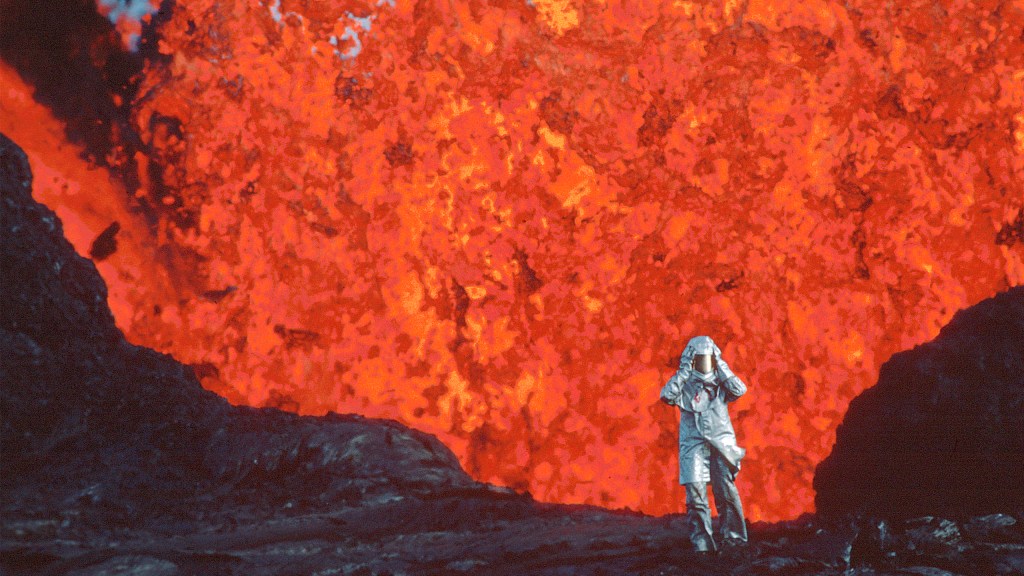 UPDATE: It didn’t take long. The case for fire of love is now closed, Deadline confirmed. The version is below our scoop of acquisitions.

EXCLUSIVE: National Geographic Documentary Films signs seven-figure worldwide rights deal for fire of love, the Sara Dosa-directed documentary that opened the festival and created a rush of bidders in what is the first virtual field deal here. It will be a major theatrical release for later this year.

The film focuses on Katia and Maurice Krafft and their love for each other, and gets as close as possible to fiery volcanoes. For two decades, the daring French volcanologist couple have been seduced by the thrill and danger of this elemental love triangle, traveling the planet, chasing eruptions and documenting their discoveries in stunning photographs and stunning films to share with an audience. increasingly curious in media appearances. The couple would perish in a 1991 volcanic explosion on Mount Unzen in Japan, but they burned brightly and left quite a legacy.

Here is the output:

National Geographic Documentary Films has acquired worldwide documentary rights from the Sundance Film Festival fire of love by director Sara Dosa (The seer and the invisible). Produced by Shane Boris and Ina Fichman and executive produced by Greg Boustead and Jessica Harrop, the film narrated by Miranda in July premiered to rave reviews this week as the day one selection of the US Documentary Competition.

National Geographic Documentary Films will be released fire of love in theaters later this year. The film tells the extraordinary love story of intrepid French scientists Katia and Maurice Krafft, who died as explosively as they lived – capturing the most spectacular images ever recorded of their greatest passion: volcanoes. After its premiere at Sundance, the film was hailed by Variety as “a spellbinding experience” and The Hollywood Reporter as “a beautifully shot, dreamily constructed portrait”.

“We are absolutely honored to begin our journey with National Geographic Documentary Films,” Dosa said. “They champion cinematic storytelling about the wonders and power of the natural world, so there really is no better choice for our ode to love and volcanoes. We are thrilled to take this next step with them to bring the awesome story of the Kraffts to audiences around the world.

“Fire of Love is an eruption of poetry, wonder and romance, a love letter to the natural world and self-love,” said Carolyn Bernstein, EVP Scripted Content & Documentary Films. “We are honored to collaborate with the immensely talented Sara Dosa and her exceptional film crew on this captivating and visually stunning film.”

The film is a Sandbox Films, Intuitive Pictures & Cottage M. fire of love features original music by Nicolas Godin, from Air, and is edited by Erin Casper and Jocelyne Chaput.

National Geographic Documentary Films has previously released the Oscar-winning, BAFTA- and seven-time Emmy-winning film Free Solo, as well as the Oscar-nominated film The Cave. Most recently in 2021 they released Becoming Cousteau, Fauci, The First Wave, The Rescue and Torn. Other critically acclaimed films under the banner include Ron Howard’s Rebuilding Paradise; Sundance Audience Award winners Science Fair and Sea of ​​Shadows; Emmy winners LA 92 and Jane, both included in the top 15 documentaries considered for an Oscar in 2017; and Dupont Prize winner Hell on Earth: The Fall of Syria and the Rise of ISIS.