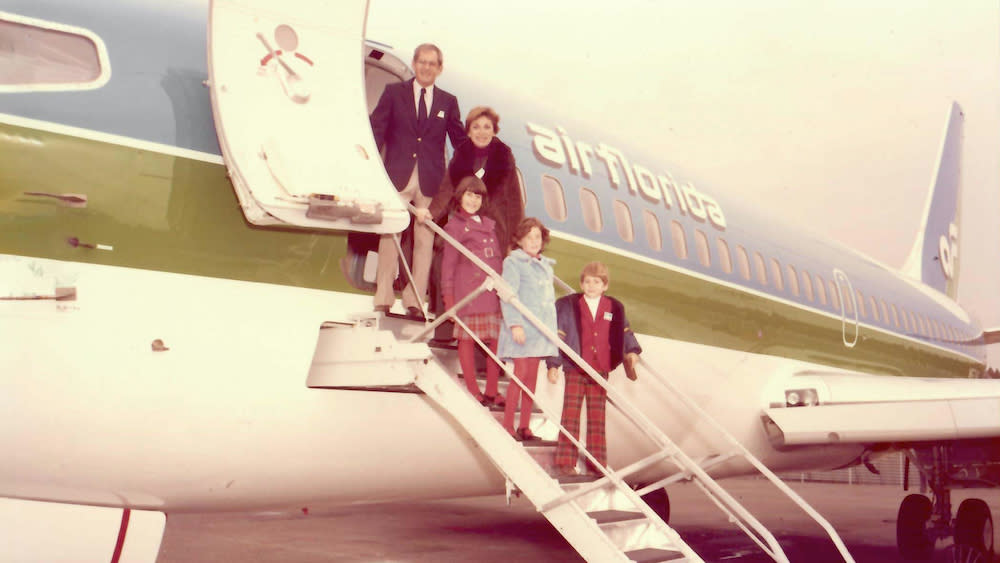 MTV Documentary Films has embarked on new projects about an all-female Afghan robotics team, a #MeToo crime story, an imprisoned mural artist, and a community of disabled children in Pakistan. The documentaries join a slate that includes Ondi Timoner’s Sundance title “Last Flight Home,” which will screen at Telluride this week in a rare double festival act.

“Angola Do You Hear Us? Voices from a Plantation Prison”, “Anastasia” and “Favorite Girl”.

The fledgling division, which was nominated for an Oscar for the film “Ascension” earlier this year, was created in 2019 by legendary HBO Documentary Films boss Sheila Nevins and ViacomCBS execs Liza Burnett Fefferman and Nina L Diaz. Nevins was with HBO for 38 years and won 34 Emmy Awards during that time. His credits include “Citizenfour”, “Going Clear: Scientology and the Prison of Belief”, and “Paradise Lost”.

The premium slate spans four feature documentaries and six shorts (full details below), with Timoner’s “Last Flight Home” serving as the centerpiece. A number of these projects will be positioned by MTV Documentary Films as candidates for the awards.

The “Dig!” The director’s acclaimed film follows her family’s journey as they say goodbye to their ailing father, who chooses to end his life through assisted suicide. Timoner’s recent films include the opioid crisis documentary “Coming Clean” (2020) and the scripted feature “Mapplethorpe”, about photographer Robert Mapplethorpe (2018).

Elsewhere on the slate, David Greenwald’s “Afghan Dreamers” follows the members of an all-female robotics team from Afghanistan as they struggle to succeed in international competitions, while battling their male-dominated culture and the threat of the regime. Taliban. The group was evacuated last fall after the Taliban invaded Afghanistan.

Another feature-length documentary, “Art & Krimes by Krimes,” centers on artist Jesse Krimes who, while locked up for six years in federal prison, secretly creates monumental works of art, including a painting 30 foot mural made with prison bed sheets, hair gel and newspaper.

Meanwhile, ‘The Fire That Took Her’ is produced by Oscar-nominated Julie Goldman and details the historic case around Judy Malinowski, then 31, who was doused in gasoline and set on fire by her ex. – crazy boyfriend. She was one of the first people to testify “from beyond the grave” during the trial for her own murder.

The shorts include “As Far As They Can Run”, a truthful portrait of disabled children in rural Pakistan who have been deemed “useless” by their communities.

“We never expected to have four films at Telluride and garner such a strong response to our growing roster of festivals around the world – we just can’t wait to bring these titles to audiences everywhere in theaters and on Paramount+” , they continued. .

Check out the full slate details below:

“Last Return Flight”
Director: Ondi Timoner
Executive Producer: Sheila Nevins
Logline: On an unremarkable suburban street, we reunite with Eli Timoner in his final days and learn about an extraordinary life, filled with wild accomplishments, tragic losses and, above all, lasting love. His daughter Ondi shares an unforgettable and breathtaking truth tale of a courageous and joyful family in the face of both life and death.
Theatrical release: October 7 in New York, October 14 in Los Angeles

“Art & Krimes by Krimes”
Director: Alysa Nahmias
Producers: Amanda Spain, Benjamin Murray, Alysa Nahmias
Executive producers: Sheila Nevins, Jenifer Westphal, Joe Plummer, Patty Quillin, Hallee Adelman, Ivy Herman
Logline: While locked up for six years in a federal prison, artist Jesse Krimes secretly creates monumental works of art, including an astonishing 40-foot mural made with prison bed sheets, gel for hair and newspaper. He smuggles out each panel piece by piece with the help of fellow artists, only seeing the mural in its entirety upon returning home. As Jesse’s work captures the attention of the art world, he struggles to adjust to life on the outside, living with the threat that any missteps will trigger a life sentence.
Theatrical release: September 30 New York and Los Angeles

“The Fire That Took Her Away”
Director: Patricia E. Gillespie
Producers: Julie Goldman, Chris Clements, Carolyn Hepburn
Executive Producer: Sheila Nevins
Logline: Judy Malinowski, then 31-year-old mother-of-two, was doused in gasoline and set on fire by her crazy ex-boyfriend – and was one of the first to testify from beyond the grave, at trial for his own murder. A story that lives at the intersection of true crime and #MeToo, THE FIRE THAT TOOK IT delves deep into a historical case to ask a timely question: how much must women suffer to be believed?
Theatrical release: October 21 New York and Los Angeles

“Angola, can you hear us? Voice from a Plantation Jail »
Director: Cinque Northern
Producer: Catherine Gund
Executive Producer: Sheila Nevins
Logline: The story of playwright Liza Jessie Peterson’s 2020 performance of her acclaimed play “The Peculiar Patriot at Angola” at Louisiana State Penitentiary, America’s largest prison plantation. The documentary examines what led to the performance being halted, the material that confronted a system and how the impact of Peterson’s visit rippled through Angola long after the record of his visit was erased by the prison authorities.

“Anastasia”
Director: Sarah McCarthy
Producers: Sasha Odynova and Sarah McCarthy
Executive Producer: Sheila Nevins
Logline: Russian activist Anastasia Shevchenko was arrested and held under house arrest for two years for speaking out against the government. While incarcerated, she was separated from her young daughter who died alone. As Anastasia travels across Russia by train, she comes to terms with her loss and realizes that the only way to keep fighting for freedom is to leave her homeland forever.

“Favorite Girl”
Director: Dana Reilly
Executive Producer: Sheila Nevins
Logline: A grandmother, mother and daughter quarantine together in a Tribeca apartment as they laugh about life over wine.

“More Than I Want to Remember” (Animated)
Director: Amy Banc
Producers: Carolyn Merriman, Mugeni
Executive Producer: Sheila Nevins
Logline: One night at her home in southeastern Congo, 14-year-old Mugeni wakes up to the sound of bombs. As her family scatters into the surrounding forests to save themselves, Mugeni finds herself completely alone. From there, she embarks on a remarkable solo journey around the world, determined to find her lost loved ones and uplift the Banyamulenge people. Despite unimaginable odds, Mugeni’s story is ultimately a portrait of hope, love and family bonding.

“As Far as They Can Run”
Director: Tanaz Eshaghian
Producer: Tanaz Eshaghian & Christoph Jörg
Executive Producer: Sheila Nevins
Logline: An intimate and unflinching look at children with disabilities in rural Pakistan who have been deemed “useless” by their communities, As Far As They Can Run is a gripping portrait of truth about three young teenagers who manage to find acceptance and a place in society through sports.

“Thank you Mrs. Maravel from Rosie’s Theater Kids”
Director: Steven Cantor
Producer: Sheila Nevins, Jamie Schutz
Logline: Ten years ago, inspired by the teacher who inspired her, actress and comedian Rosie O’Donnell started a school, giving public school children access to dance, music and at the theatre. This film follows five children as they pursue their stage and screen goals, learning to believe in themselves!

Check out the official poster for “Last Flight Home” below:

The Pryor Center Presents ‘Reporting for Arkansas: The Documentary Films of…