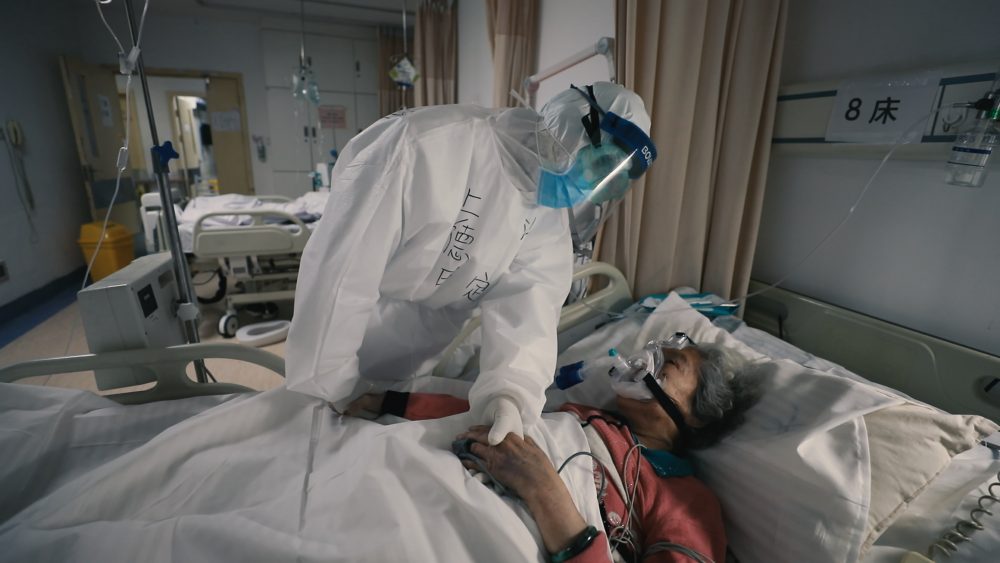 Directed by Hao Wu (People’s Republic of Desire) and two journalists based in China, Weixi Chen and “Anonymous”, 76 days is an ultra-punctual docu that gives a raw and emotional look at the struggles of the people of Wuhan, China, in the early days of the coronavirus epidemic.

On January 23, 2020, China locked up Wuhan, a city of 11 million people, to fight the emerging COVID-19 epidemic. Located deep in the front lines of the crisis, 76 days tells the human stories at the center of the pandemic – of a woman begging in vain to say a final farewell to her father and a grandfather with dementia seeking their way home to a couple eager to meet their newborn baby and a nurse determined to return personal items to the families of the deceased. These stories bear witness to the death and rebirth of a city locked up for 76 days, and the compassion and human resilience that endure in times of deep tragedy.

76 days premiered at the Toronto International Film Festival before embarking on the festival which included AFI Fest and DOC NYC. The documentary feature was also nominated for the award for best feature film by the International Documentary Association.