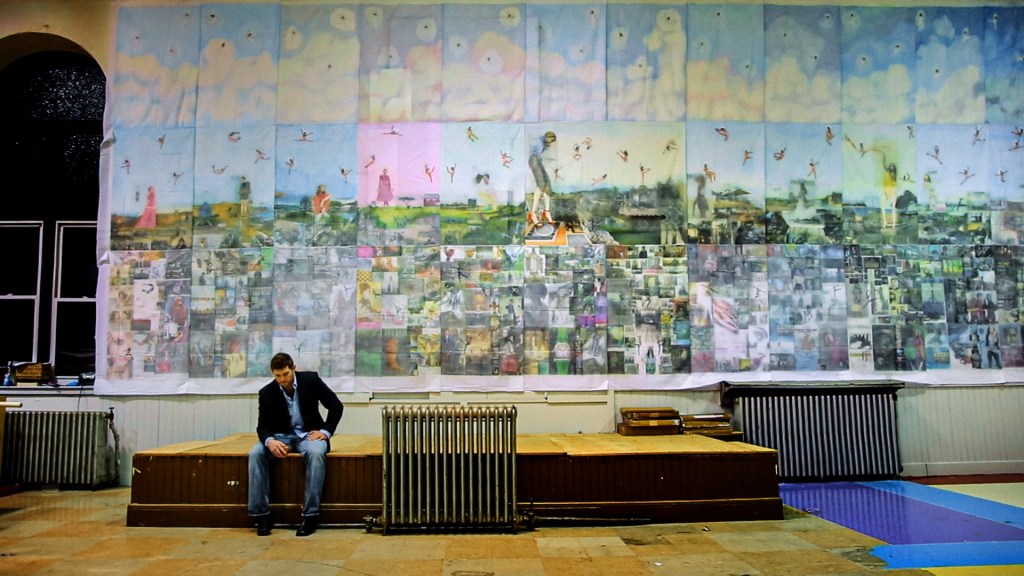 MTV Documentary Films has acquired the worldwide rights to “Krimes”, the new non-fiction feature film from award-winning filmmaker Alysa Nahmias. The deal comes ahead of the film’s screening at Doc NYC on Sunday.

â€œKrimesâ€ premiered at the Heartland Film Festival. It tells the story of an underground masterpiece by an imprisoned artist. Isolated in a segregated environment where personal expression is verboten, 26-year-old artist Jesse Krimes secretly creates concept art during his six-year prison term. His work includes a large-scale mural made of sheets, newspaper and hair gel. Jesse’s detailed fabrication of this artwork provides a mental escape from the dehumanizing environment, while inspiring connections in unexpected places. With the help of other artists, he smuggles individual panels of his work piece by piece to avoid being caught with contraband, only seeing his work in its entirety after returning home. His creations, Apokaluptein: 16389067 and Purgatory, mark his experience of incarceration and his perspective as an artist.

While Jesse’s work captures the attention of the art world, he struggles to adjust to life on the outside and the looming threat that any misstep will trigger a life sentence. Gradually, Jesse embraces his multiple identities as a former incarcerated man and famous artist, shining the spotlight on those still in prison.

“I am honored that Jesse Krimes and the other brilliant artists in this film have shared their story with me, and that [MTV Documentary Films Executive Producer] Sheila Nevins discovered our film at the Heartland Film Festival, which tells us that she and the team at MTV Documentary Films aren’t just looking to do what everyone else is doing. Says Nahimas â€œThey are at the cutting edge of technology, focusing on art combined with important topics, and we are delighted that they are presenting Krimes to audiences around the world. “

Nevins said: â€œIncarcerated for six years, Jesse Krimes created concept art in prison. The soul of this artist was born while he was imprisoned. What follows is a surprising and inspiring story of art and justice â€.

The deal was negotiated at the Heartland Film Festival by ICM Partners on behalf of the filmmakers and with Lance McPherson for MTV Documentary Films.