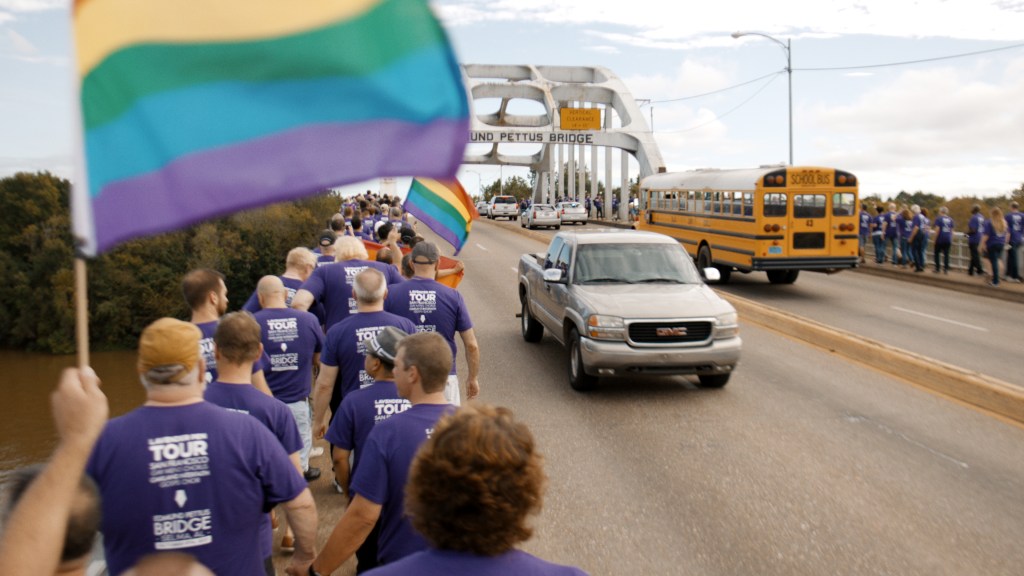 Directed by David Charles Rodrigues, the film had its world premiere at this year’s Tribeca Film Festival, where it won the People’s Choice Award for Best Documentary Feature before winning 16 additional awards at national and international festivals. .

Led by conductor Dr. Tim Seelig and joined by the Oakland Interfaith Gospel Choir, Gay Deep South Chorus is the story of 300 singers who traveled from Mississippi to Tennessee to the Carolinas, bringing a message of love and acceptance to those who fight intolerance.

The conversations and connections that ensue offer a glimpse of a less polarized America, where the issues that divide us — faith, politics, gender identity — are sidelined by the rise of violence. music, humanity and a bit of drag.

“LGBTQ bias is fierce in southern states,” Nevins said. “In the face of relentless resistance, these brave men are breaking down barriers with song and continuing to sing and raise their voices in the name of diversity.”

“If it weren’t for the films that Sheila made, I wouldn’t be a documentary filmmaker today,” Rodrigues said. “So for Sheila and MTV Documentary Films to be part of Gay Deep South Chorus not only does it mean the world to me, it also means the whole world will be able to experience the powerful message and voices of the San Francisco Gay Men’s Chorus.

MTV Documentary Films will qualify the film for awards review and release it this fall.

Executive produced by Sheila Nevins, Gay Deep South Chorus is produced and financed by Rausch Street Films, written and directed by Rodrigues, produced by Bud Johnston and Jesse Moss, and written and edited by Jeff Gilbert. The cinematographer is Adam Hobbs and Brian Chesky, James Goode and Tony Högqvist are also executive producers.

Sales were brokered by Bahareh Kamali and Lance McPheson on behalf of MTV Documentary Films, Endeavor Content on behalf of the filmmakers.

Why are movie adaptations of great books usually so bad?