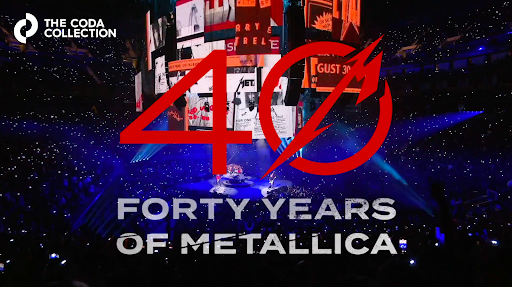 Metallica and The Coda Collection have unveiled an extensive slate of live performances and documentary films coming exclusively to the platform this spring. The partnership will bring seven titles to streaming for the very first time, establishing a career-spanning catalog of content that shines a light on Metallica’s four-decade history and allows fans to relive some of their most iconic performances to date. .

The memorable hometown shows, originally brought to the world by The Coda Collection and powered by streaming partners Amazon Music and Prime Video Channels last year, will then be followed by the streaming debut of “A Year and a Half in the Life of Metallica” the 1992 documentary chronicling the creation of the band’s self-titled, GRAMMY-winning fifth studio album, “Magnetic Quebec”, the concert film documenting back-to-back shows at the Colisée Pepsi in Quebec, Canada on their 2009 Magnetic World Tourand ” French for a night “, the live performance film featuring the band’s historic set at the Arena de Nîmes in Nîmes, France in 2009.

Launching in early 2021, The Coda Collection is a unique subscription streaming service that offers an exclusive, curated selection of the most iconic music documentaries, concert films and episodic series spanning generations and genres. Combined with a companion website exploring new perspectives on music, The Coda Collection offers fans a destination to discover the untold stories behind the songs we love and share a deeper connection with our favorite artists.

The Coda Collection offers hundreds of hours of concerts and exclusive documentaries from artists ranging from legendary icons such as Jimi Hendrix, The Rolling Stones and Pearl Jam to contemporary premieres of new material from artists as diverse as Idles, The Cure, Evanescence, Coldplay, Jane’s Addiction, The Black Crowes, Marcus King, the critically acclaimed Dave Grohl-directed ‘What Drives Us’ documentary, and Nigel Godrich’s landmark performance series ‘From The Basement’ starring artists such as the White Stripes, Red Hot Chili Peppers, Radiohead and others.