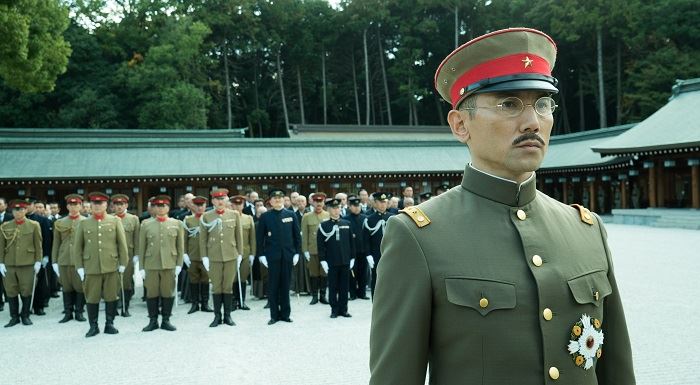 Two landmark films by esteemed Japanese director and prolific screenwriter Masato Harada headlined this week’s launch of the first edition of Eiga Sai, the Japanese film festival, to form an alliance with a local counterpart in spreading appreciation. the cinema.

It is a symbolic partnership with Cinemalaya Independent Film Festival not only because of film exchange and educational purposes. This year also marks the 60and anniversary of diplomatic relations between Japan and the Philippines.

The organizer of the Eiga Sai Japan Foundation Manila (JFM), the linguistic and cultural branch of the Japanese Embassy, ​​is also celebrating a milestone, that of its 20and anniversary, which makes the scale of the festival timely. A dozen recently released films, including three from Harada, are now shown at the festival, which has a longer screening period of six weeks and, thanks to the association with Cinemalaya, eight theaters in six cities across the country.

The festival opened on July 7 with “Kakekomi”, Harada’s first foray into jidaigeki, or film from the samurai period. The director-screenwriter was present to present his film on the so-called kakekomi, runaway wives and mistresses filing for divorce during the Tokugawa era.

Based on books by respected Japanese author Hisashi Inoue, the film portrays women as second-class citizens, many of whom are abused and publicly humiliated. Despite the subject matter, the story is conveyed with a sense of balance, injected with just enough humor, action and sword fights.

Setting a more serious tone but still with Harada’s touch of humor, the controversial film “The Emperor in August” had its only Eiga Sai screening on Friday night July 8 at the Cultural Center of the Philippines (CCP).

Produced to commemorate the 70and A year after the end of the Pacific War, the film reveals the politics and conflicts – all of which took place out of public view – between Emperor Hirohito and Japanese government officials at the end of the war.

Based on the historical tome “Japan’s Longest Day” by Kazutoshi Hando, who interviewed people involved in the events and who survived the war, the story culminates the day before the radio announcement of the surrender of the Japan by the young royal.

“I made the film with a liberal perspective,” Harada said hours before the film was shown at CCP, during a panel discussion with members of the media at the Jen Hotel on Roxas Boulevard.

It’s a point of view that humanizes the emperor who, the director says, hadn’t been properly portrayed in the movies. Hirohito wanted to end the war but, due to opposition and the Japanese monarch system (similar to British royalty, which cannot enforce decisions and must rely on a cabinet), he could not immediately declare the surrender of his country.

Hando’s book was first made into a film in 1967, but Harada said it omitted the source material’s recreation of real-life conversations of the emperor and other key players.

“In the ’60s, you can’t show the emperor in close-ups or [have him] played by actors, if not right-wing parties [would react against it]“, explained the filmmaker.

The omissions frustrated Harada, whose research showed that there were close, quasi-family ties between Hirohito, the army minister, General Korechika Anami, and Prime Minister Kantaro Suzuki. The triad shared a pacifist outlook and worked together to end the war – a new perspective that “The Emperor in August” hopes to convey to audiences.

Harada’s long-standing relationship with the film industry began even before he was born in 1949 in Numazu, Japan.

Her movie fanatic mother, even when she was pregnant with Masato, often went to the movies. As a teenager, she auditioned for an Akira Kurosawa film, hoping to be a lookalike for a lead actress who fell ill.

Harada’s mother eventually inherited a hostel that provided lodgings for cast, crew, and directors like Kurosawa, so the son grew up, so to speak, among wandering industry professionals. in their house.

Samurai films were his favorite until he learned to read subtitles and also became addicted to westerns and war movies. “When I saw war films made by American Hollywood, I was on the side of the Allies and the Japanese soldiers were my enemies,” recalls Harada.

At the age of 9, he accompanied his mother on film sets in Kyoto, which the director calls “the Mecca of manufacturing”. jidaigeki.”

In fact, his first taste of being on an actual set was during the filming of Kurosawa’s “Rashomon,” where the sight of samurai bandits on horses — actually actors in full gear — terrified the youngster.

“My mother and her friends were bored just watching the filming [process] because it’s the same pattern, but I never got bored,” Harada shared, adding that he enjoys meeting directors and cinematographers.

“I stayed all day watching, talking to crew members and actors. It was fun for me. Probably at that point I decided to become a filmmaker, or that my future should be associated with something about movies.

He started out as a journalist, as a film correspondent in Los Angeles and often commuting between the United States and Japan, a career that likely launched his now prolific screenwriting.

“Writing is an easy thing while directing is more difficult,” Harada replied when asked which discipline was easiest for him. “I don’t hire [other] writers because they are too slow.

Eventually, he would work with Stanley Kubrick, who asked him to do the Japanese translation of “A Clockwork Orange”. Working with Kubrick was a fascinating experience, said Harada, who thought the American auteur’s war film “Full Metal Jacket” “created a new kind of vulgarity.”

Since then, the Japanese filmmaker himself has made more than 20 films, dealing with various themes, from studies of the human condition and social relevance, to jidaigeki and unexplored vistas of Japanese history.

No wonder Harada openly admired “Ma Rosa,” the latest Cannes entry to show poverty and corruption in the Philippines, directed by Brillante Mendoza, a fearless writer-director who pushed the boundaries of locally made films.

“‘Ma Rosa’ is definitely better than Jacques Audiard’s ‘Dheepan’ (Palme d’or 2015),” said Harada, a special guest at the opening of Cinemalaya, which presented Mendoza’s film, without flinching. “And certainly better than (Oscar for Best Foreign Language Film) ‘Son of Saul.’

Get the latest lifestyle news delivered to your inbox