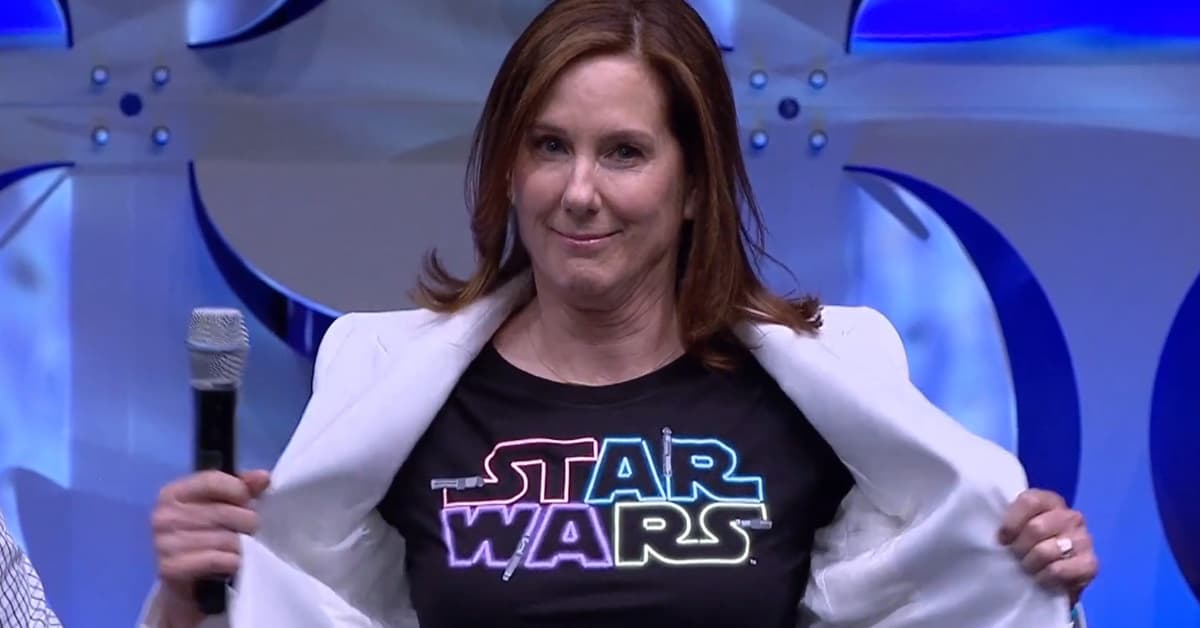 The big show, D23, is looming on the horizon. And while fan events like this and Comic-Con are major milestones for studios to announce massive projects in development, unfortunately for Star Wars fans, there may not be has any news on the film front. Lucasfilm head Kathleen Kennedy is believed to be holding off on greenlighting any upcoming Star Wars movies.

Comic Resources reports that a reliable source, Puck columnist Matt Belloni, recently published a newsletter in which he reveals Kennedy won’t be announcing anything more than Disney+ content related to the Star Wars franchise. This news follows Rian Johnson’s recent claims that his planned trilogy is not completely dead, in which he said: “I stayed near Kathleen [Kennedy], and we often get together and talk about it. It’s just, at this point, a matter of timing and when it might happen. It would break my heart if I was done if I couldn’t get back to that sandbox at some point.

There were rumors that Lost’s Damon Lindelof would have directed a movie in the Star Wars universe. And even though it was recently announced, Thor: Love and Thunder Director Taika Waititi’s Star Wars project is still in the planning stage. “I still write. I’m still coming up with ideas and directing it and just wanted to make sure it felt like a Star Wars movie. Taika explains.

The purported reasoning behind Kennedy’s decision is to prevent missteps she believes she has made in the past. When it was announced that there would be a Han Solo spin-off directed by Phil Lord and Chris Miller, Kennedy finally relieved them of the film and brought in Ron Howard after she was dissatisfied with what she had seen. Additionally, it was announced that Patty Jenkins would be directing a Thieves Squadron movie that failed to materialize. And Colin Trevorrow was once expected to put a cap on the Skywalker saga, which was jettisoned in favor of the return of JJ Abrams.

Belloni reports that, right now, Kennedy just isn’t comfortable announcing a project until she knows it will go ahead.

What do you think? Do you prefer just seeing Disney+ shows?