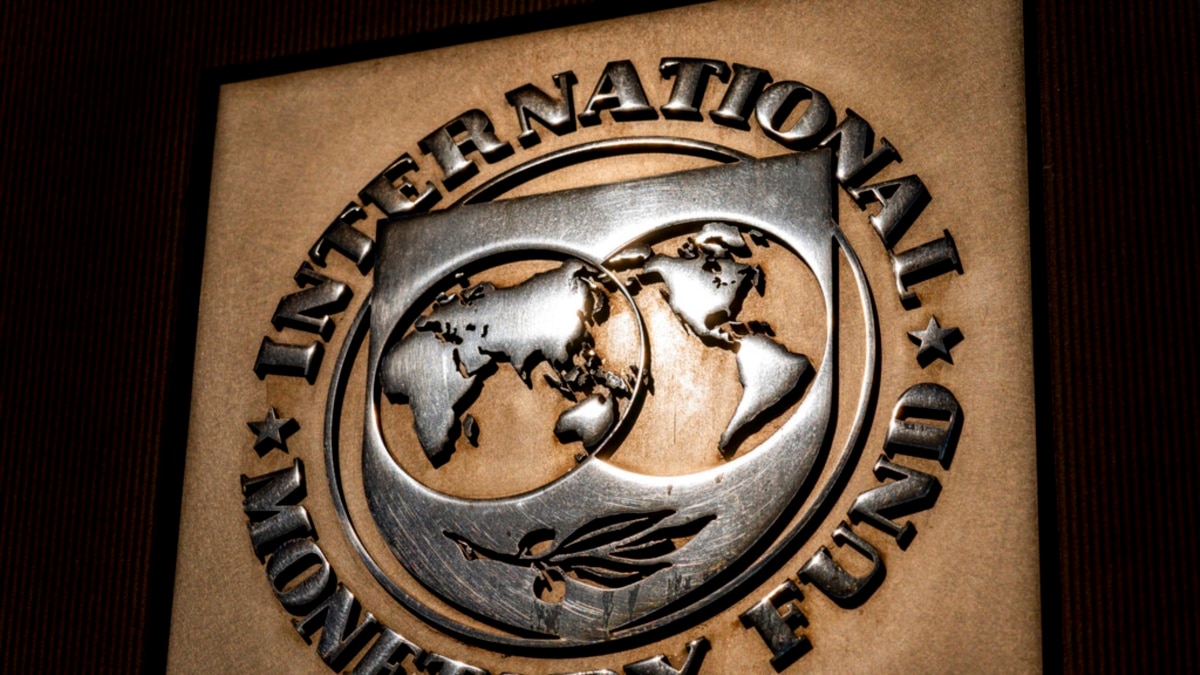 The International Monetary Fund is facing pressure to reassess how it charges fees on the loans it distributes to needy countries like war-torn Ukraine – which is one of the fund’s biggest borrowers.

The move comes as more countries will have to turn to the IMF as global food prices and inflation continue to rise.

Surcharges are additional charges on loans imposed on countries that are heavily indebted to the IMF.

Deputy Treasury Secretary Wally Adeyemo said last month in Aspen that finance ministers from several countries realized they had to pay the price for Russia’s war in Ukraine, especially with rising prices. foodstuffs.

However, the IMF fee system could change through US legislation. An amendment to the National Defense Authorization Act, otherwise known as the Defense Spending Bill, would suspend IMF surcharges while their effectiveness and burden on indebted countries are studied.

This was passed by the US House of Representatives in July. The Senate is expected to vote on its defense bill in September. A representative of the Senate Armed Services Committee said an amendment could be proposed in the coming weeks or even on the Senate floor.

As the IMF’s largest shareholder and member of the Fund’s board, the United States can lobby for policy decisions and unilaterally veto certain board decisions.

Citing the worsening financial crises in Sri Lanka and Pakistan as examples, some accuse China of engaging in debt-trap diplomacy – or of driving countries so deeply into debt that they are accountable on international issues.

Advocates and civil rights organizations are filing the same complaint against the Fund, which say the organization is undermining its primary role as a lender of last resort to countries in vulnerable positions to repay debt.

With an increasingly serious risk of a global debt crisis and rising interest rates, the issue has become more pressing for countries looking to reduce their deficits.

However, some economists and fund officials say the surcharges are consistent with responsible lending behavior, as they incentivize members with large outstanding balances to repay their loans quickly. This applies in particular to countries that might not otherwise be able to secure financing from private lenders.

Maurice Obstfeld, a Berkeley economics professor and former director of the IMF’s research department, said that as a lender of last resort, the Fund’s ability to lend is important as low- and middle-income countries face to an increase in interest rates.

“The Fund’s staff is reduced, and in times of crisis its efforts are better directed to meet the needs of member countries,” he said in an email to The Associated Press. “Surcharges could be relaxed temporarily in the face of intense pressure on borrowing countries, but at the expense of the Fund’s ability to serve its members over the longer term.”

Illinois Congressman Jesús “Chuy” García, who proposed the defense spending amendment, told The Associated Press, “It’s unfair for the IMF to force countries like Ukraine, already heavily in debt, to pay surcharges. These surcharges are increasing poverty and holding back our global economic recovery.”

According to IMF data, Ukraine’s projected real GDP is expected to fall by 35%, largely due to Russia’s invasion of Ukraine.

The country, locked in a planned endless war, has an outstanding balance of 7.5 billion SDRs – an IMF accounting unit valued at around $9.8 billion according to Ukrainian central bankers. The latest figures estimate that Ukraine will owe the IMF $360 million in surcharges between 2021 and 2023.

Economists Joseph Stiglitz of Columbia University and Kevin P. Gallagher of Boston University wrote earlier this year that “forcing excessive repayments reduces the productive potential of the borrowing country, but also harms creditors” and forces borrowers “to pay more exactly when they are most squeezed out of market access in any other form.”

Serhiy Nikolaychuk, deputy chairman of the National Bank of Ukraine, said Ukraine continued to pay its debts “despite Russia’s full-scale war against Ukraine”.

“Our country will pay its debt and surcharges under previous programs and fulfill its obligations to the IMF,” Nikolaychuk said. “It will be difficult, but we will pay.”

For years lawmakers, economists and civil rights organizations have called on the IMF, which for decades has lent billions to low-income countries, to end its surcharge policy.

In January, 18 left-leaning lawmakers wrote to the Treasury calling for the surtax policy to be eliminated. And in April, a group of 150 civil society groups and individuals signed an open letter to the IMF, demanding the same, calling the surcharges “regressive”.

A spokesperson for the fund said the surcharges are designed to discourage large and prolonged use of IMF resources.

“They only apply to countries with particularly large outstanding loans,” Mayada Ghazala said in an emailed statement, adding that poorer countries are exempt from the surcharges.

The fund’s board met in December 2021 and discussed the role of surcharges – it ultimately decided not to change the fees, but said it would review them in the future.

The IMF was created in 1944 at the United Nations Conference in Bretton Woods – one of its missions is to lend to maintain the financial stability of countries. Among its 190 countries, it lends about $1 trillion, according to the organization’s website.

An April review of the fund’s financial health for fiscal years 2022 and 2023 indicates that revenue from pre-surcharge loans “remains strong and is expected to outpace expenditures in fiscal year 2023-24.”

Andrés Arauz, a senior fellow at the liberal Center for Economic and Policy Research, said the IMF’s financial situation shows that “surcharges are not necessary for sound finances.”

“There is no excuse for the IMF to punish countries under debt stress with surcharges,” he said. “There is also no logic in it, the amount of money the IMF gets from surcharges is insignificant compared to its income and capacity.”

Garcia said, “I’m proud the House passed my amendment to support a pause and review of surtaxes at the IMF, and I will continue the fight until the president signs it.”

Separately, the United States has sent about $7.3 billion in aid to Ukraine since the war began in late February, including a new $775 million defense assistance program announced on Friday.