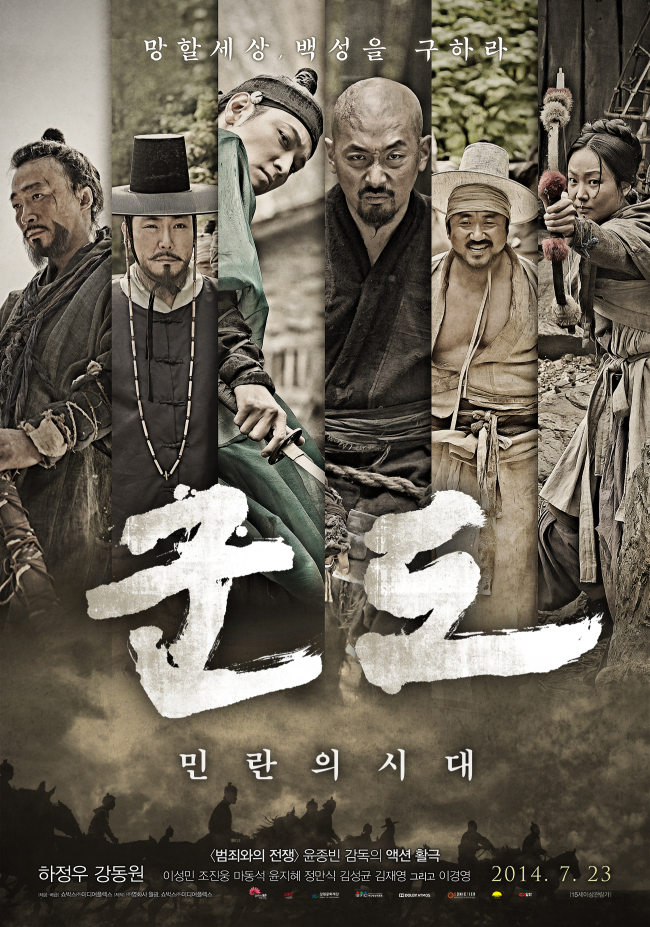 The Joseon Era (1392-1910), $ 17 million, star-studded actors and historical films are some of the words that define the Korean film industry for summer 2014.

It’s no coincidence that three full-scale period films will hit theaters in July and August, just a few weeks apart. â€œKundo: Age of the Rampantâ€ will be the first to be released on July 23, followed by â€œRoaring Currentsâ€ on July 30 and â€œThe Piratesâ€ on August 6. These films are part of the box office trend in which historical films are a summer staple in Korea.

The three films have many characteristics in common. For each, gigantic sums, ranging from $ 13 million (“The Pirates”) to $ 17 million (“Roaring Currents”), were spent on production. This amount may seem insignificant in a Hollywood context, where “Pirates of the Caribbean: At World’s End” tops the list of the most expensive films with $ 300 million in 2007. However, in the Korean context, one film costing $ 17 million ranks first. ten.

Plus, the movies all take place during the Joseon era.

â€œJoseon is the era closest to modern Korea today, extending to the present generation,â€ said Jeon Chan-il, film critic. â€œHistorical films don’t just remain history, but they transcend time and speak to people today. It makes the genre of historical film more engaging and the stories about Joseon all the more compelling because of its proximity to us in time compared to other eras.

It wasn’t that long ago that the genre of historical films began to produce box office hits. In 2011, â€œThe War of the Arrowsâ€, a period film that followed a long hiatus after â€œThe King and the Clownâ€ in 2005, marked the beginning of the historical cinema craze. â€œWar of the Arrowsâ€ was the highest grossing Korean film of the year with a total viewership of 7.5 million. In 2012, “Masquerade” attracted 12.3 million viewers, and last year “The Face Reader” drew 9.1 million viewers.

Following this trend, the upcoming three historic films have created a lot of hype and anticipation. It remains to be seen whether their race will prove to be a â€œwin-winâ€ or â€œsurvival of the fittestâ€ match.

“Kundo: the era of terror”

â€œKundo: Age of the Rampantâ€ is directed by Yoon Jong-bin and his favorite actor, Ha Jung-woo (â€œLove Fictionâ€, â€œThe Chaserâ€), also known as the character of Yoon in their last three films together. As Yoon and Ha rose to fame with their collaborations, â€œKundoâ€ will serve as a test of whether the pair are capable of achieving more success.

“Kundo” takes place in the mid-19th century in Joseon, in the 13th year of King Cheoljong’s reign. Dol Moo-chi, played by Ha, is a butcher representing the lower class of the then caste system, who stands up against the raging corruption and exploitation of the ruling class. Dol is angered by the relentless oppression, which prompts him to organize a bandit group named Kundo to fight for the oppressed.

In this Robin Hood story, Idol Gang Dong-won joins the cast to play Jo-yoon, the son of a nobleman who fights against Dol.

â€œRoaring Currentsâ€ is directed by Kim Han-min, following his recent success with the historic action film â€œWar of the Arrowsâ€. Choi Min-sik (“Oldboy”, “I Saw The Devil”) stars in the film as one of the most revered admirals in Korean history, Yi Sun-sin.

The film tells the story of the historic Battle of Myeongryang during the Japanese invasion of Korea (1592-1598), in which Admiral Yi used a strategy to destroy 133 Japanese warships with just 12 ships. under his command. This battle is considered one of Yi’s greatest victories.

â€œRoaring Currentsâ€ has already caught people’s attention with the story of Yi Sun-sin and scenes filmed at the battle site. Iconic actor Ryu Seung-ryong (“Miracle in Cell No. 7”, “All About My Wife”) joins Gurujima, the Japanese admiral who leads the epic battle against Yi.

Popular actress Son Ye-jin (“Unforgettable Moment”, “My Wife Got Married”) and Kim Nam-gil (“Queen Seondeok”, “Bad Guy”) reunite after recent TV drama “Shark” in which they played a couple. In “The Pirates”, they meet as rivals.

The film, directed by Lee Seok-hoon (“Dancing Queen”), is set on a pirate ship, centered on the story of a royal seal that disappeared during the Joseon era. Based on the true story of the missing seal, the film merges history and imagination to tell the search for the artifact.

The film features two groups, one of pirates, led by Yeo-wol (Son Ye-jin) and the other of bandits, led by Jang Sa-jung (Kim Nam-gil), who are desperately trying to hunt a whale. who swallowed the seal.

Before the three releases, attention is focused on the one that will attract the greatest number of viewers.

â€œIt’s hard to say which movie will win the race, but if we look at past box office models, we’ll get the best win-win result when two movies compete,â€ added Jeon. â€œBecause they can complement each other. But when it comes to three films, it’s not easy for all to pull off. One of them will be more successful than another, and the other will be less successful.

“It’s a question to be determined more by the quality of the movie with fun and not so serious plot elements,” he said.

As a fierce ticket war begins in theaters this summer, audiences will be faced with a wide array of movie choices. The end of summer, will show which actors, directors and major distribution agencies will end up smiling.

An animated feature The Flintstones? Yabba dabba do it! | Film adaptations

10 BuzzFeed Stories The Company Should Turn Into Feature Films