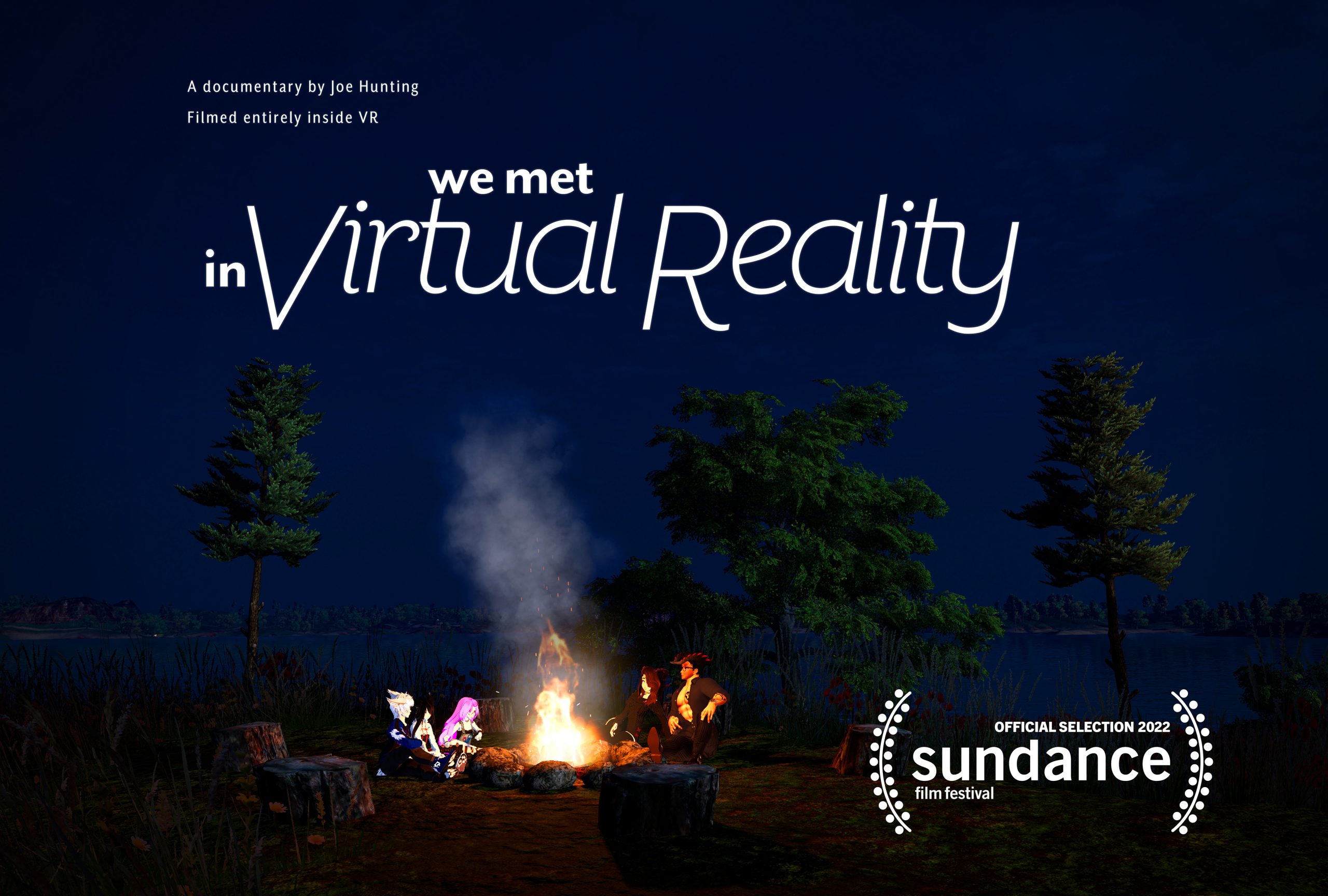 Shot entirely in the world of virtual reality (VR), this immersive and eye-opening documentary is rooted in several unique communities within VR Chat, a growing virtual reality platform. Through observational scenes captured in real time, in true documentary style, the film reveals the growing power and intimacy of multiple relationships formed in the virtual world, many of which began during the COVID-19 lockdown as both in the physical world were facing intense isolation.

While remaining entirely within the realm of VR avatars and fantasy worlds, the film contains elements of humor, chance interactions, and unexpected events that characterize real life. We met in virtual reality tenderly documents the stories of people experiencing love, loss and an unexpected connection, expressing vulnerability around mental health struggles and questions about identity, offering a hyper-real journey into the human experience of a online world that could soon shape the future.

The film follows Jenny, an American Sign Language (ASL) teacher who is dedicated to creating a welcoming community for deaf and hard of hearing VR Chat users, and two distance couples developing their relationships in VR while ‘they prepare to physically meet – DustBunny; a fitness dance instructor who makes a career out of VR social dance classes and her partner, Toaster; and DragonHeart and IsYourBoi, a couple who met through a VR exotic dance community where they are both performers.