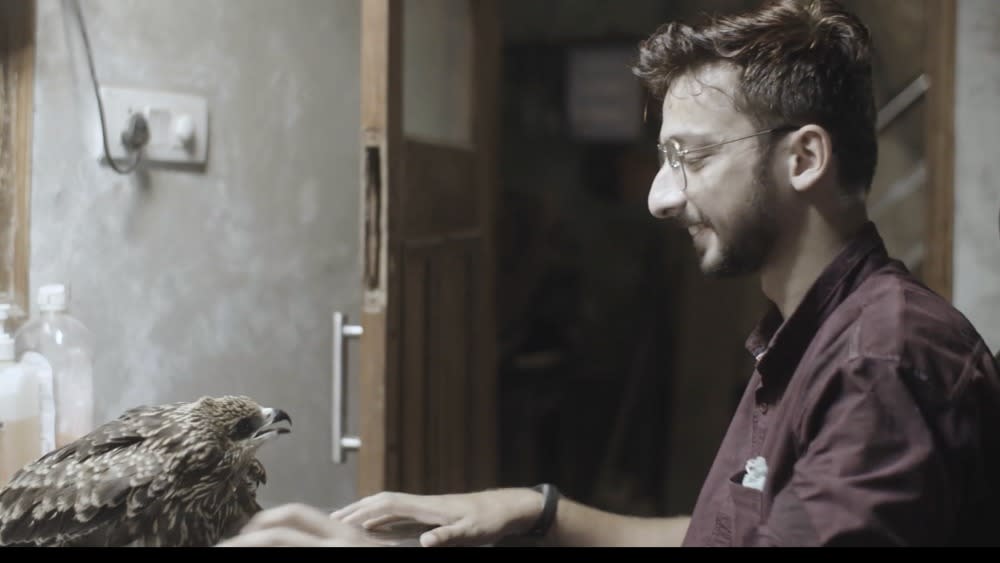 HBO Documentary Films has purchased worldwide television rights to the Cannes specials title “All That Breathes.”

The film is the only Sundance film to screen as part of Cannes’ Official Selection this year – a feat all the more impressive given that Cannes isn’t known for its documentary programming. In Park City, the film won the Grand Jury Prize at the World Cinema Documentary Competition.

Directed by Shaunak Sen (“Cities of Sleep”), “All That Breathes” follows two brothers who run a bird hospital dedicated to rescuing injured black kites, which are a fixture in the skies of New Delhi, India.

In one of the most populated cities in the world, where cows, rats, monkeys, frogs and pigs jostle with people, the “kite brothers” care for thousands of these creatures, who fall daily from the smog-choked skies of New Delhi. . As environmental toxicity and civil unrest escalate, the relationship between family and neglected kites forms a poetic chronicle of the city’s ecological collapse and deepening social fault lines.

Submarine Deluxe, in association with Sideshow, will release the film in theaters nationwide this fall, along with a robust festival rollout, ahead of its debut on HBO and the HBO Max streaming service in 2023. Submarine has negotiated with HBO Documentary Films on Behalf of Filmmakers.

“All That Breathes” follows the Oscar season success of another strong documentary from India: “Writing With Fire”. This film also premiered at Sundance in 2021 and, thanks to a grassroots campaign, was later nominated for Best Documentary Feature at the 2022 Oscars. Sources tell Variety that Sen’s film, with its lyrical and observational tone, is positioning itself as a “Honeyland” style candidate for this year’s awards race.

“The amazing story of Saud and Nadeem, and their relationship with the majestic raptor called ‘Black Kite,’ took us three years to shape,” Sen said.

“Over time, the story has become symptomatic of Delhi’s ecological and social malaise, while providing glimpses of rare resilience. Most of us on the India team have grown up associating white noise unmistakable HBO logo to high-quality cinematic programming, and we’re thrilled to join their roster and work with Sideshow and Submarine Deluxe to bring this story to a global audience.

Dan Braun from Submarine Deluxe added: “’All That Breathes’ is one of the great discoveries of the year. Filled with both humorous and heartbreaking moments, “All That Breathes” is a stunning achievement and heralds Shaunak Sen as a major voice in cinema today. We are proud to partner with HBO Documentary Films to bring the film to the public. »

The film is a Submarine Deluxe and Sideshow release in association with HBO Documentary Films; a Kiterabbit Films and Rise Films production in collaboration with HHMI Tangled Bank Studios.

Producers include Shaunak Sen, Aman Mann and Teddy Leifer. Executive producers are David Guy Elisco and Sean B. Carroll, while co-producer is Florrie Priest. Associate producers are Sam Stanley and Guy Horlock. Charlotte Munch Bengtsen and Vedant Joshi are the editors, while cinematography was overseen by Benjamin Bernhard, Riju Das and Saumyananda Sahi.

‘Stranger Things 4’ will be ‘several episodes’ longer than actual movies