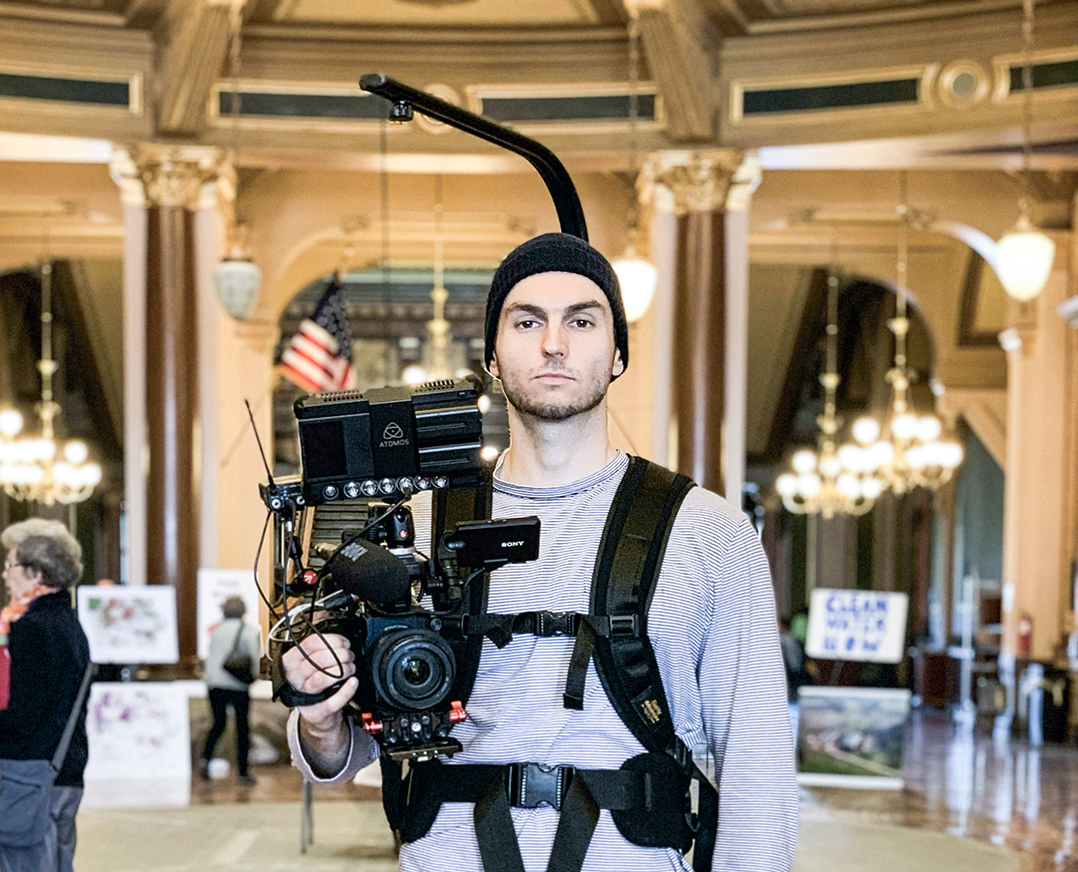 Geist resident Sam Mirpoorian is only 28 years old, but he has already received three regional Emmy Awards and numerous other awards for his work. Now he is breaking into the feature film world with his debut “Greener Pastures”, which is wrapping up production.

The Lawrence Central High School graduate began producing short documentaries in 2017 with his undergraduate wrap-up project, â€œLittle Warriorsâ€. The short film was played at 10 festivals across the country and won the 2017 Heartland Film Festival Grand Prize.

In 2018, Mirpoorian was the editor and producer of “Destination Park”, a short documentary film by Andrew Cohn, Mirpoorian’s longtime mentor and friend.

In the spring of 2018, Mirpoorian wanted to dive into feature films, so he started working on â€œGreener Pastures,â€ a film based on a CDC case study that showed farmers and farm workers had the suicide rate. highest among all occupations in the United States. States. The idea pushed Mirpoorian into a three-year project with â€œGreener Pastures,â€ which recently wrapped filming.

â€œMy mentor (Cohn) forced and pushed me to elevate my career to get out of the short film space and work on feature films. This is what accelerates your career path, so for the next six to seven months, I made discoveries trying to find farmers open enough to talk about these vulnerable details of their lives, â€said Mirpoorian.

While filming “Greener Pastures” Mirpoorian also began filming “Sonnie”, which he calls his most successful project to date. “Sonnie” is a short documentary about a single father raising his son. He has been playing in festivals for a year and a half. Since its inception, it has been performed at over 40 festivals and won over 10 awards, including three regional Emmy Awards.

â€œI want to make this public in a month or two,â€ said Mirpoorian, who filmed â€œSonnieâ€ in 2019. â€œWhen I wasn’t on the road filming forâ€œ Greener Pastures, â€I was shootingâ€œ Sonnie â€ “. I also taught and finished my masters.

Mirpoorian graduated in Media Arts Sciences from Indiana University School of Informatics and Computing. Outside of filmmaking, he enjoys running and exercising outdoors, although he says he often works 18 hours a day on his films.

Mirpoorian said he has many long-term goals, some as ambitious as going back to school for his doctorate and eventually running for political office.

â€œI think the coolest thing in filmmaking and storytelling is making relationships with people from different walks of life, and that’s a testament to experiencing what life is like,â€ he said. he declares. â€œMy main goal is that I would like to continue to be healthy and have the opportunity to work on projects, and if I never reach a certain level of importance where my work is revered but maybe a person sees it and is inspired, that’s all that really matters.