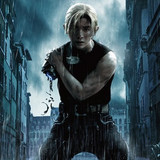 Following the teaser news a few weeks ago, Warner Bros. Japan has officially announced that the Fullmetal Alchemist The series of live-action movies that started with the first movie in 2017 will end with the upcoming release of two sequels which will be released one after the other and is titled Fullmetal Alchemist Complete Edition.

The cinema poster of the first film

The first film released on May 20 is called Fullmetal Alchemist: The Avenger’s Scar, and focuses on the antagonist Scar’s efforts to exact revenge on King Bradley and the State Army of Amestris for crimes against the Ishvalan people, including the death of his unnamed brother and family. The second film is called Fullmetal Alchemist: Final Transmutation and adapts the final chapter of the manga, which will be released a month later on June 24. The trailer for the first film is embedded below:

Other members of the Army of Amestris were also cast, with Major Alex Louis Armstrong being played by Koji YamamotoOlivier Mira Armstrong will be played by Chiaki Kuriyama and the role of Major Solf J. Kimbley will be played by Yuki Yamada. Besides, Yukie Nakama will star as Ed and Al’s mother, Trisha Elric, Jun Fubuki will star as Winry’s grandmother, Pinako Rockbell, and Naohito Fujiki stars as Winry’s father, Yuriy Rockbell. To complete the cast, Kaoru Okunuki also starred as Sarah Rockbell, Kokoro Terada will play the role of Selim Bradley, Ron Monroe (Long Meng Rou) will play the role of May Chang, and Haruhi Ryoga will star as Ed and Al’s teacher and mentor, Izumi Curtis.