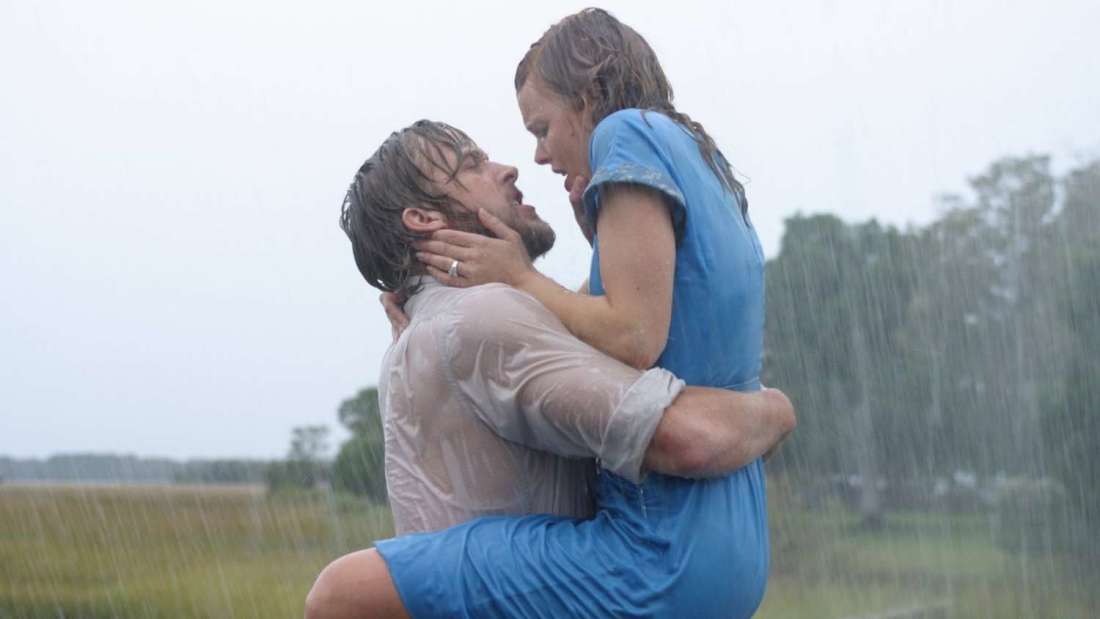 Is it still possible to be a hopeless romantic in a world that has become so cynical? Perhaps it’s a question we ask ourselves from time to time when we feel like we’ve lost all faith in humanity. Luckily, we have romantic movies to come home and relax in whenever we have one of those days off. These anxiety-reducing, heart-pounding movies are somehow able to make us believe in love and happily ever after again. One of the best-selling authors whose novels have been adapted into numerous box office films is Nicholas Sparks. The beauty of his writing lies in the truth of his storytelling. Sparks is able to draw inspiration from real-life experiences and has managed to bring those unforgettable experiences to the big screen time and time again. Here are five Nicholas Sparks film adaptations that show us the different faces of love:

The coming-of-age romantic drama centers on the youthful but hard-hitting romance of Jamie Sullivan, played by Mandy Moore (It’s us) and Landon Carter, played by Shane West (Nikita). The two come from different worlds, with Jaime being the religious good girl, while Landon is the self-centered bad boy who is always looking for a good time. The film teaches us to give others the benefit of the doubt and to believe in the power of second chances. It wasn’t love at first sight, or even second sight, for Jamie and Landon. The two characters were polar opposites, which ended up complementing each other over time. By the end of it all, their love for each other has grown strong enough to withstand all the curveballs and challenges thrown their way. As Landon said, “But our love is like the wind. I can’t see it, but I can feel it.”

It’s not every day that you witness a middle-aged romance. The romantic drama follows the life of Adrienne Willis, played by Diane Lane (Under the Tuscan sun), a woman who was going through major marital problems, and Paul Flanner, played by Richard Gere (A pretty woman), a surgeon who is away on weekends. The paths of Adrienne and Paul cross in a bed and breakfast in Rodanthe, in which Paul made the room, and where Adrienne helped her friend to occupy herself. The two form a bond after helping each other survive a big storm that rocks all of Rodanthe. They were two imperfect people going through difficult times in their lives, who met at the right time. The film teaches us that love knows no age or boundaries, and how we can meet our soul mate in the most unexpected of circumstances.

The neo-Western romantic drama revolves around the cursed love affair of professional bull rider, Luke Collins, played by Scott Eastwood (Pacific Rim: Uprising) and art student, Sophia Danko, played by Britt Robertson (The first time). They meet at a time in their lives where they are pursuing conflicting career paths. Luke tries to get back on a rodeo circuit, while Sophia is about to accept her dream job in New York. The film shows us that you don’t necessarily have to give up your dreams for love. There may be trade-offs with every decision you make, but the right kind of love can stand the test of distance and time. The two lovers end up getting out of it, drawing inspiration from other couples who have also managed to do so despite the difficulties and major life choices.

The hit film tells the timeless love story of Noah Calhoun, played by Ryan Gosling (The Earth) and Allie Hamilton, played by Rachel McAdams (Projector). The two protagonists meet for the first time when Allie and her family are spending the summer in the town where Noah lives. They end up falling in love with each other and have a great summer together. Things get complicated when Allie’s family finds out about them and disapproves of Noah who comes from a different background than them. Noah and Allie end up living separate lives and going down different paths. They may have evolved in one way or another, but the heart always remembers them. They cross paths again after a few years and rekindle their forbidden romance. The film shows us how fate and fate can bring two people together at the right time in their lives, and how the power of love can go against all odds.

The romantic drama is about an American Marine named Logan Thibault, played by Zac Efron (The greatest showman), which finds a photograph of a young woman during a mission in Iraq. He considers him a lucky charm that helped him survive the war. He is then able to track down the woman, a single mother named Beth Green, played by Taylor Schilling (Orange is the new black), and begins a relationship with her. One thing leads to another, and skeletons in the closet are slowly revealed. It turns out there’s more to the story than just a random photograph of Beth discovered by Logan. This puts their relationship to the test and makes them realize the importance of trust and honesty. The film teaches us that our past does not define us. It’s a journey of love, acceptance and how we can be blessed with the opportunity to start over.