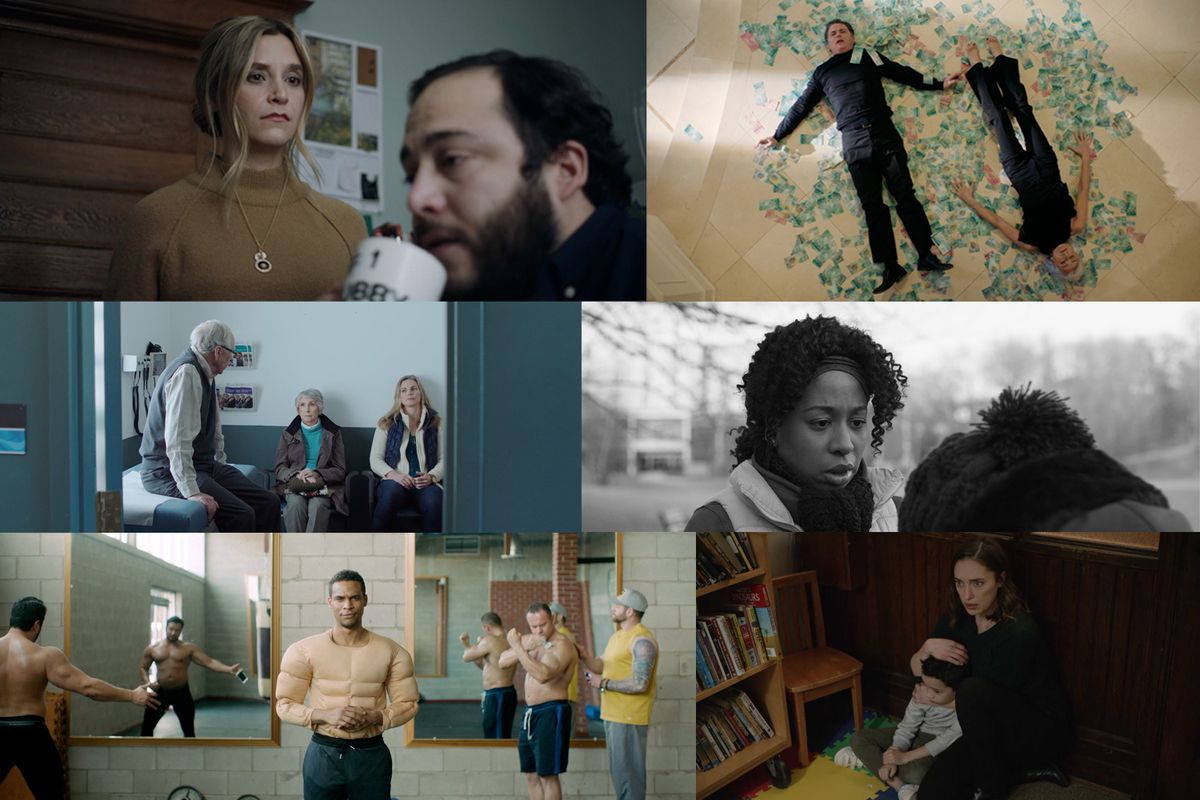 In a 2014 personal essay submitted to The Globe and Mail by Vancouver-based Diana Sarkis, the mother of two young children detailed her brief but disturbing experience of foreclosure in an elementary school. In the span of several hundred words, Sarkis went from a busy mother with bananas and permission sheets on her brain to a woman in a fit, sending a frantic ‘call 911’ text to her husband. while volunteering with another student away from his own. children who were elsewhere in the building. The essay was a nimble odyssey into the fragility of existence, packed with a subtle layer of commentary on parenting and overwork.

Now Sarkis’ essay, along with five more from The Globe’s First Person series, has been adapted by three Canadian directors into short films. (First Person is a compilation of personal stories and essays submitted by the readers of this article.)

In 2017, Toronto filmmaker Renuka Jeyapalan, whose resume includes director credits on Working moms and Kim’s convenience, was approached by producers Tyler Levine (of Carousel Pictures) and Patrice Theroux (of Sugar Shack Productions) to discuss the possibility of working on a series. Jeyapalan suggested an anthology and took inspiration from the newspaper’s First Person (formerly Facts and Arguments) archives.

In addition to Red code, based on Sarkis’ lockdown story, Jeyapalan also directed The dignity of my father, based on a 2018 first-person essay by Robyn Sheppard, and Life support, based on a 2017 essay by Barbara Wackerle Baker.

â€œI was looking for stories that had an inherent beginning, middle and end,â€ says Jeyapalan, who selected adaptations based on what spoke to him. â€œI always think of the audience, so I was looking for a complete piece. Thematically, I was looking for ideas that I found moving or moving, or that I could relate to personally – a sick parent, people trying to connect, loneliness. “

Jeyapalan, who produced the series, notes that all six films received a day of filming, a logistical element that – though perhaps a little difficult – helped keep each story raw.

Alongside Jeyapalan were directors Joyce Wong, whose first feature film, Place de Wexford, which premiered at the Toronto International Film Festival in 2016, and Jessie Gabe, executive producer of the comedy series Mr. D. Wong realized My home in Toronto, a comedic version of a couple despised by the city’s real estate turmoil, and Masculinity, a playful critique of gender norms. Gabe directed My wife’s affair, a startling story about how a real couple found happiness after adultery.

â€œI really joined the idea of â€‹â€‹using humor to heal,â€ says Gabe, who says what pushed her about the script was the reversal of the stereotypical husband and wife dynamic in it. the original essay. â€œI have a dark sense of humor. Even in traumatic times, you can find a little nugget of comedy.

â€œYou might think that because they were amateur writers, we had to do a heavier edit,â€ Gabe adds. â€œBut in fact, it was the opposite. Because these were true stories, I wanted to be as attached as possible to the original written word. “

The voice over that travels My wife’s affair is, according to Gabe’s estimate, 98% verbatim. Gabe’s voiceover approach also serves as a mechanism for character development in a short time, with the husband’s painfully tender and specific internal monologue forced upon visions from his imagined worst-case scenarios. â€œIf confessing to a case is like an atomic bomb,â€ he says, â€œthe discussions and the mini-revelations that follow are the fallout. The inevitable questions, the need to know precise details, intensified in the days that followed. Even though I could overcome the physical act of cheating, I found it was the minor details that stung the most: secret texts, phone calls, dates with coffee. What songs did he remind her of? What inner jokes did they share? “

The directors balanced the interpretive license granted to them with the preservation of the original work of the writers.

While Jeyapalan’s approach was quite poignant, Wong also used comedy to bring his first-person adaptations to the screen. â€œTo get people to listen to what you’re saying, it’s really important to make it accessible. Life is a little weird, isn’t it? Life is strange. But life is funny … Sometimes you have to put these things in a different light to show how ridiculous everything is.

“I think I stuck with the incredible seriousness with which he described his story,” said Wong of first-person contributor Dave Jorgensen, whose 2014 essay on fitness culture generously turns into one. criticism of toxic masculinity. (â€œWe need the gym to disguise our bodies and create the illusion of sturdiness,â€ Jorgensen wrote. â€œThe combination of insecurity and increased testosterone brings out the worst behavior in sex. masculine. â€)â€œ The story never reflects badly on the protagonist. himself. “

In Wong’s portrayal of contributor Steven Gottlieb, whose self-proclaimed “pride” came back to haunt him after the buyer of the house he sold couldn’t close the deal and he ended up owning two homes, Wong again followed the tone of the original play. The result is a joyfully didactic uplifting tale.

â€œMaking a short film is a challenge, because you have to be very frugal with the information you distribute to a viewer,â€ Jeyapalan explains. â€œYou don’t have much time. But shorts are also a great way to experiment. (Each movie in the First Person series is six to eight minutes long.)

â€œWhat I love about First Person is that it’s everyday Canadians writing about their personal stories,â€ Jeyapalan continues. â€œThere’s something special about it, something realâ€¦ I sort of introduced it as ‘the new Canadian Heritage Minute’.

Adapted and directed by Joyce Wong

â€œIn April 2017, my pride soared with the Toronto real estate market price at the peak of its craze. But you know how these intrigues go. Like the ancient Greek Icarus whose ambitions got the better of him, I flew too high and my wings melted. Greed is an old story.

Based on a Steven Gottlieb story, first published on September 12, 2018.

Adapted and directed by Jessie Gabe

â€œSix months ago my six-year-old (mostly happy) wife confessed to me that she had been having an affair. I remember the exact moment she told me, although my memories of the event took on the texture of a living dream: vibrant and intense, but somehow distant.

Based on a Sean Curran story, first published on November 3, 2014.

The dignity of my father

â€œIn early fall, a month before my father died, we sit on a bench by Lake Ontario and watch a sailboat disappear under a pink and orange sunset. Dad is in the middle with Mum and I on either side, trying to anchor him a little longer in life. A brain tumor, a weed in his frontal cortex, deeply disturbs him and Parkinson’s disease darkens his days. â€œIf I was 23, it would be hell. At 92, it sucks, â€says my father.

Based on a Robyn Sheppard story, first published on November 26, 2018.

Adapted and directed by Joyce Wong

â€œI’ve been a regular at my local gym for over a decade. I did thousands of pull-ups and traveled enough miles on the treadmill to get from British Columbia to Nova Scotia. And at no point in my life have I had to pull my body weight with my arms or run more than half a block to catch a bus. The practical value of fitness may be outdated, but that doesn’t mean fitness has no value.

Based on a Dave Jorgensen story, first published October 16, 2014.

“When you least expect it, an extraordinary encounter in the park can change your outlook on life – forever.”

Based on a Barbara Wackerle Baker story, first published on November 22, 2017.

â€œMy brain tells me that can’t be true, but I have to look at the facts: 1) The principal announced a Code Red school lockdown. 2) Managers don’t joke about Code Reds. It’s real.”

Based on a Diana Sarkis story, first published January 6, 2014.

First Person is a daily personal piece submitted by readers. Got a story to tell? Check out our guidelines on tgam.ca/testguide.