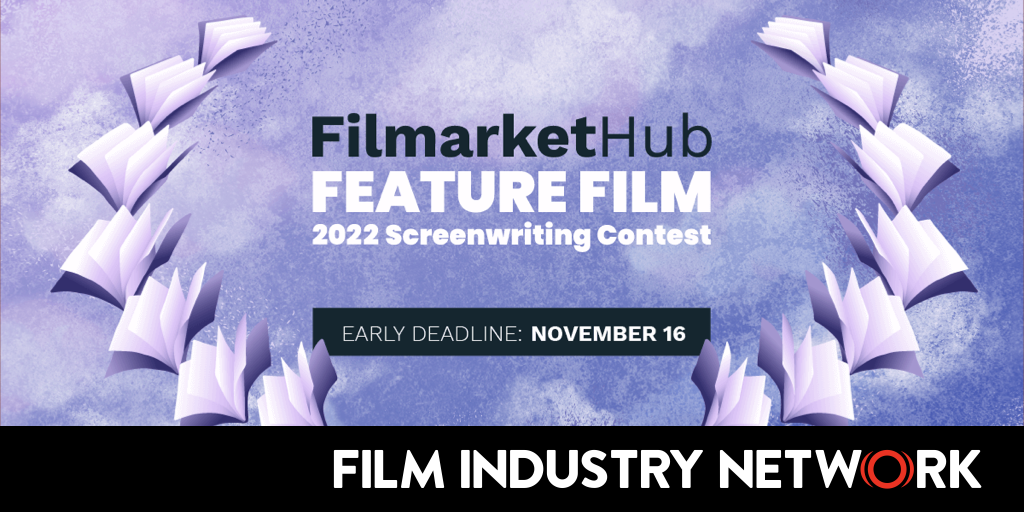 Filmarket Hub online platform has launched the 2022 edition of his scriptwriting contest for feature films in English. This annual initiative aims to discover new voices and connect emerging screenwriters to the industry. The call for applications will be open until December 14.

Hayley McKenzie (CEO and Founder of Script Angel / Co-Founder of Studio21 International), Matt Dy (Literary Head of Lit Entertainment Group) and Scott Pope (Development Coordinator of Sky Studios) make up this year’s judging panel. The contest winner will receive a cash prize of $3,000, while the two runners-up will receive a cash prize of $1,000 each.

The winner will also be invited to participate in the Filmarket Hub UK or US Online Pitchbox event; a virtual pitch event connecting high-quality films and series in development with industry-leading companies. To date, there have been five editions of the UK Online Pitchbox showcasing unproduced UK projects, involving companies such as Bankside, BBC Films, Caryn Mandabach Productions, Lionsgate and Red Arrow Studios. Last September, the first US Online Pitchbox brought together executives from companies such as Anonymous Content, Blumhouse, BRON, HBO Max and NBCUniversal.

The competition winner will also receive a bespoke coaching package worth £2,000 from renowned script development consultancy Script Angel. In addition, the project will be presented at the FEST — Pitching Forum; an international film financing and co-production event focused on the facilitation, development and financing of film projects.

All competition finalists will receive feedback on the script from the competition’s executive partners; Clerkenwell Films (“The Dig”, “The End of the F***ing World”), FilmNation Entertainment (“Arrival”, “I Know This Much Is True”) and Warp Films (“This Is England”, “Everybody’s Talking About Jamie’) They will also receive scripting feedback from the Script Compass team, experts in scripting development.

Other rewards include Final Draft screenwriting software, access to the Roadmap Writers On-Ramp program, Pro Account subscriptions to the Scribe Lounge, exclusive discounts to the Writers Store, and Curzon membership.

More information about the competition and the submission process is available through Filmarket Hub.

Filmarket Hub is the online marketplace for films and series in development. Equipped with an international database of professionals, it connects talents and new projects with producers, television executives, financiers, sales agents and distributors.