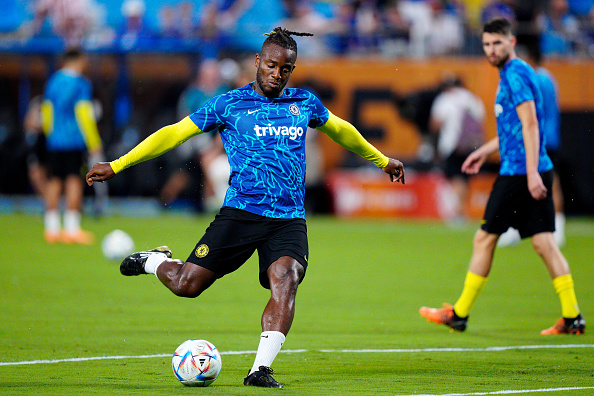 According to Sky Sports, the club are prioritizing securing a striker deal, following the injury suffered by Raul Jimenez in pre-season.

The Belgian has endured loan after loan since joining Chelsea, rarely giving him the chance to prove his worth on a regular basis.

Away from Stamford Bridge, this is where he has played his best football since his move, with Valencia and Borussia Dortmund in particular experiencing the best of his talents.

With the club’s slow start to the transfer window, the 28-year-old has been presented with a number of opportunities to impress during this pre-season, which he has failed to seize on the club’s tour in the USA.

Sky Sports claimed this resulted in Batshuayi not being part of Thomas Tuchel’s plans for the future, and Wolves’ preference for a loan deal could see them take him out of the hands of the club.

With Chelsea currently heading into next season with only Armando Broja as their recognized striker, that says a lot about how the club currently view him in the pecking order.

The club are linked with a shock move for Pierre-Emerick Aubameyang, with the Barcelona striker likely to see a drop within minutes of acquiring Robert Lewandowski from Bayern Munich.

The former Arsenal man is an unquestionably proven goalscorer in the Premier League and enjoyed a prolific half-season under Xavi at Camp Nou.

He also has experience under Tuchel, with the pair combining to succeed at Dortmund.

While a loan deal is currently being discussed for a deal, supporters will hope a move for Batshuayi will eventually be made permanent, with them keen to get his salary off the books as soon as possible.

Jack is a graduate football journalist from the University of Derby. He has freelanced for The Athletic and The Sun. Jack reported live from Premier League and Championship grounds, while also being published in the Non League Paper.