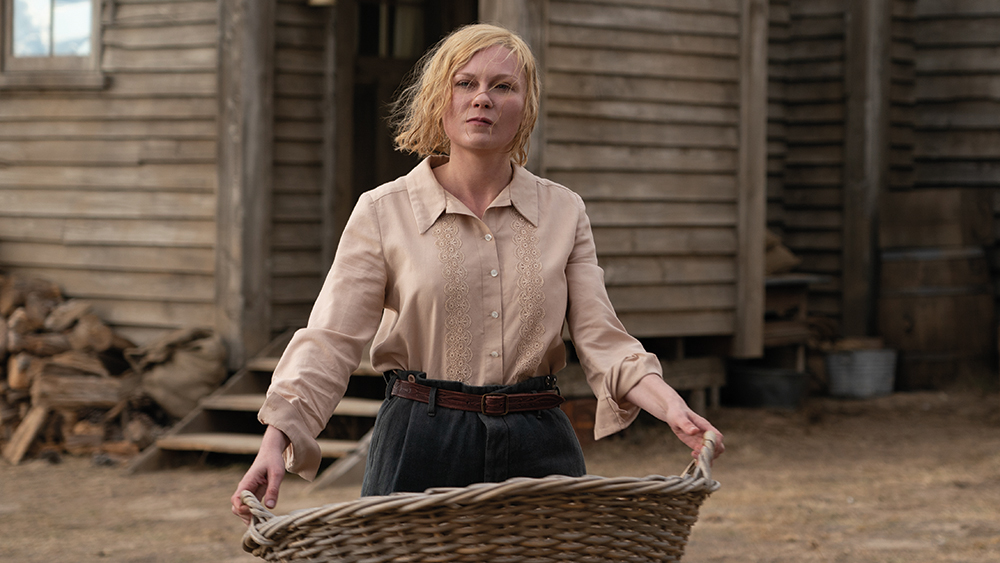 An abundance of book-to-movie and game-to-movie adaptations this year have touched audiences, many of which have women writing and directing or giving compelling performances. From period pieces that reflect pressing issues of race or toxic masculinity, to modern hallmarks showcasing Deaf culture or societal mores of motherhood, these women’s unwavering dedication to infusing their characters with organic and captivating meaning. realism makes these conversations moving. the images come to life in their expert hands.

Rebecca Hall, the writer and director of “Passing,” was unfamiliar with the history of the term, which describes covering up one’s racial identity to assimilate into majority. However, she recognized the brilliance of character dynamics in Nella Larsen’s novel. “She takes the idea of ​​racial crossing and flips it over and over again until it becomes that prism through which anyone can see the crucial truths hidden by our public selves.”

But it was a personal connection to the material that provided the impetus to tackle his debut as a filmmaker. “I had a pretty intimate, inexplicable feeling that I knew these women, and when I explored the story more, and the story of my own family, it started to make more sense to me.” She continues, “I wrote the screenplay to understand my purely visceral response to the book, and maybe I made the movie for the same reason.”

For another actress-turned-filmmaker, Maggie Gyllenhaal, the motivation to write and direct “The Lost Daughter” came after she became “electrified” by reading about author Elena Ferrante’s taboo feelings about motherhood. “I thought, ‘What if instead of this private experience, alone in my room with this book, hearing these forbidden and truthful things being said, what if these things could actually be said out loud?'”

This valuable experience compelled her to translate the text from one medium to another. “The book said something very delicate and very specific. I didn’t feel so much pressure as responsibility, which is not unlike the responsibility you may feel as a mother to care for something very individual, truthful, and real.

“CODAs (Children of Deaf Adults) often grow up within Deaf culture, but must also navigate the hearing world, serving as a bridge between the two communities. The story of this teenage girl coming of age, trying to individualize herself from her family when her own identity feels so inextricably linked to theirs was a powerful dilemma that felt personal to me. She adds, “I also loved the idea of ​​a story where there are no bad guys; the conflict comes from an intimate, messy and complicated family dynamic – which is like life.

Marlee Matlin enjoyed playing the multifaceted matriarch of the Rossi family. “I had a hard time playing with Jackie because she just did things and lived such a different life than mine.”

Emilia Jones, who plays her hearing-impaired daughter, was “thrilled” to tackle the subject, but was equally intimidated by the task. “To be honest, any pressure I felt came from having to learn the multiple skills required.”

Matlin also felt pressure to get his portrayal correct. “I wanted to make doubly sure to play Jackie in the most positive way possible, knowing that portrayals of deaf women in general in film are so rare. I felt an added responsibility knowing that this would be the first time three deaf actors would wear a feature film and all eyes would be on us.

While Jane Campion was thrilled to bring Thomas Savage’s subversive take on the hyper-masculine world of breeding to the screen in ‘The Power of the Dog’, she was also inspired to further define and shape Rose’s journey. . “I felt a responsibility to write a woman of her time rather than a revisionist exercise where Rose somehow becomes a sassy heroine in the face of Phil’s bullying,” she says. “Rose is the heart of the story; she is instinctively kind while Phil becomes unerringly cruel. But Rose is not only soft, she becomes unbalanced, wild.

Kirsten Dunst turned out to be the perfect match.

“She has such depth and hints of pain and a luscious feminine presence full of mystery and unpredictability,” says Campion.

“My process is kind of like doing therapy between me and the person I’m playing,” Dunst adds. “I guarded Rose’s motives with sensitivity.”

For their roles in “West Side Story,” Rachel Zegler and Ariana DeBose draw inspiration from the legacy of former performers and chart their own paths. Zegler notes that the casting added to the authenticity.

“The way Latinas behave around the world is very different from the late great Natalie Wood. While this performance can never be replaced or replicated, it can be redefined to accurately describe the story that was intended,” says Zegler.

Another factor in re-polishing the script was digging deeper into his motivations. “Maria has given so much more than she has ever received before. She’s given agency and a fire to defend herself against people she’s never stood up to historically.

DeBose felt empowered to bring more of herself to the role of Anita — even advising the filmmakers to explore her own valuable personal experiences. “Everything that makes Anita who she is – her unshakeable belief in the elusive American Dream, the joys and challenges of her relationship, her maternal instincts, the way she works tirelessly to uplift her community – takes carries even more weight when you consider how difficult it would have been for her to exist in the world as an Afro-Latina at that time. The refreshed material magnifies Anita’s assets.” It’s a picture more holistic view of this woman, her triumphs and her struggles.”

Not only did the duo use different materials to signal location and title transitions, but also to reflect the character’s psyche. Zophres says, “Frances is incredibly open, inviting and friendly. Having her on set is always precious, but having her energy as a producer was even more powerful. This has helped create a highly functional collaboration that encourages all crew members to do their best.

The female-fronted dynamic material has gained momentum in the market, culminating in today’s cheering era. “For a very long time, the extraordinary lack of equality for women in our industry and their systematic abuse did not seem like a pressing issue, or even a problem,” says Campion. “This attitude has now become unacceptable for women to be so lightly and unfairly represented. The good news is that women are now coming into the industry with an exciting, almost fearless urgency that produces great work. more charitable to support women, it’s really good business!

Nevertheless, further progress is badly needed. DeBose says, “We still have a long way to go as an industry to better represent and empower women of color and other communities that have been ignored for far too long.

women in historical films are too often unrealistic