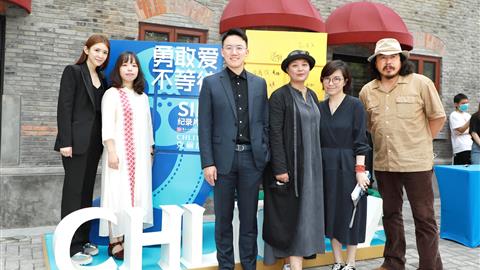 The three projects – “Leap of Faith”, “A Grassland Affair” and “Look Love 2” – are a collaboration between the film festival and the beauty chain Chlitina.

Their pitches stood out among more than 100 applicants in 2019 for concerns of life, children and growth, and received a total funding of 1 million yuan (US $ 150,000) from Chlitina.

Zhao Chengyou, Chairman and CEO of Chlitina Group, said the company attaches great importance to creating outstanding local documentaries that can inspire people with the power of authenticity and positive energy.

In 2016, Chlitina financially supported the shooting of the documentary film “Ganglha Metok”, which premiered in 2017 at the 20th Shanghai International Film Festival, and was shown in nine countries and regions around the world with different language versions.

All three new documentaries have a chance to be screened at next year’s festival and other platforms to bring Chinese stories to the world.

â€œLeap of Faith,â€ a story about youth, sports, love and confidence directed by Yang Lina, is in post-production.

â€œA Grassland Affair,â€ directed by Gu Tao, provides a glimpse into the changes in the lives of an ordinary nomadic family in the new era. The filming of the film will end this winter.

Director Ye Yun points her lens to the 10-year growth of a group of Chinese children, from both remote villages and big cities, in “Look Love 2”. The film will soon end filming.