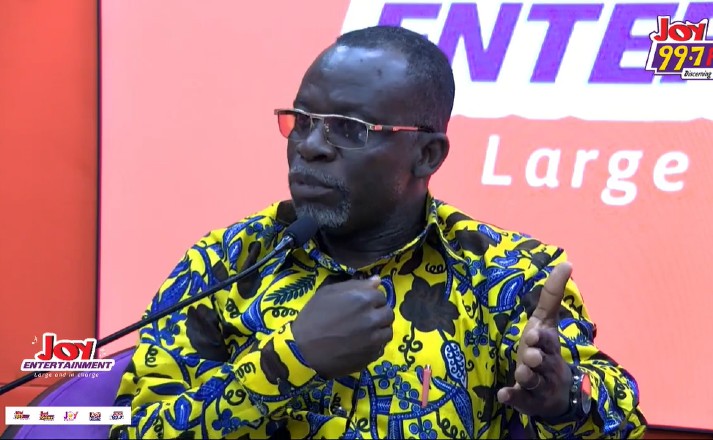 The President of the Ghana Film Producers Association (FIPAG), James Aboagye, revealed that the decision taken with other stakeholders to ban the showing of Ghanaian feature films on television was aimed at protecting producers, l film industry and to promote films. .

According to him, because many filmmakers don’t know the value of their content, they can sell a 90-minute feature film for as little as 100 to TV stations.

Speaking on Showbiz AZ on Saturday, Mr. Aboagye explained that producers don’t make money with their work since TV channels get these movies at a low price.

“It [directive] aims to promote the films we produce. Any movie you’ve never seen before is a new movie, so why put it on TV. When we were bartering with TV3, how many channels were available? It was just GBC, Metro TV and TV Africa.

â€œBut now we have over 120 TV channels, so every minute there is a Ghanaian movie on TV, and these are the same people who take him there, come back and complain that he doesn’t. there is no demand, â€he told George Quaye, host of the show. show.

In May, Ghanaian filmmakers were instructed by their governing bodies to stop selling their feature films to TV stations as of July 1.

According to management i.e. Film Producers Association, Markers & Distributors Association, Film Crew Association, Ghana Academy of Film & Television Arts and other stakeholders, this was part of a decision to tackle the challenges facing the film industry.

â€œAny producer or marketer of films who flout these guidelines will be sanctioned accordingly. In addition, all stakeholders in the film must take these guidelines seriously and abide by them until further notice, â€some parts of the press release read.

Meanwhile, Mr Aboagye explained that the constant showing of films on television has crippled film sales.

â€œIf you have 10 films and you each give for 100, how much do you earn? We can’t keep making the mess while we’re trying to get out of it, â€the filmmaker said.

The president of FIPAG said that Ghanaians are reluctant to buy movies if they know they can watch them for free on one TV channel or another.

Mr Aboagye said the directive issued to producers will give the Association the opportunity to find ways to bring feature films into the market to boost sales.

He added that the statement was not intended to discourage the broadcast of Ghanaian content on television.

He explained that since people are eager to watch movies on TV, there is already a demand for it; thus, FIPAG and other industry players will work on ways to get moviegoers to buy the films.