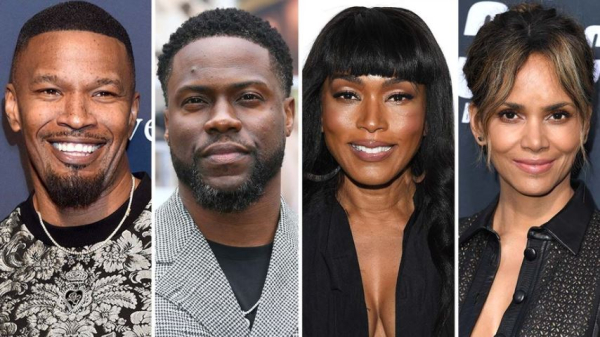 Late yesterday, Apple Original Films announced an expansion to its list of award-winning documentaries with “Number One on the Call Sheet,” two feature-length documentaries from acclaimed storytellers, including Academy Award winner Jamie Foxx, Emmy nominee Kevin Hart, prolific producer Datari Turner and Academy Award winner Dan Cogan who will celebrate black achievements in the film industry and explore what it takes for black actors to be successful in Hollywood.

“Number one on the call sheet: Black Women in Hollywood“celebrates the achievements of black people in the film industry and what it takes for black actresses to succeed in Hollywood. The film is produced by Oscar nominee Angela Bassett and Oscar winner Halle Berry, and directed by Shola Lynch , and explores and highlights the groundbreaking work of black actresses of the past who paved the way for Bassett, Berry and many more.

The second film, “Number one on the call sheet: Black men in Hollywood“, will be directed by Oscar nominee Reginald Hudlin and will celebrate the achievements of black people in the film industry and what it takes for black actors to be successful in Hollywood, featuring the stories and experiences of black actors of the past. that paved the way for Foxx, Hart and more.For more on that, read Apple’s full press release.