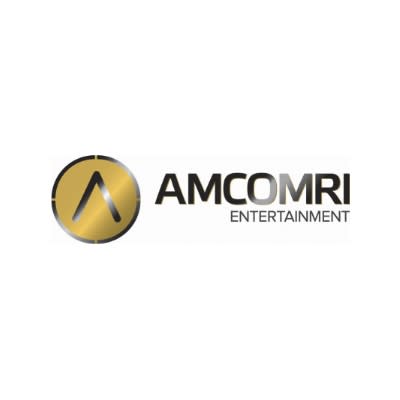 Vancouver, British Columbia–(Newsfile Corp. – February 15, 2022) – Amcomri Entertainment Inc. (“Amcomri Entertainment“) is pleased to announce that as part of its ongoing strategy of building internal production capabilities, it has entered into two new production deals – with Studio Atlantic to co-finance and produce the period thriller “The doors”and with Polyscope Productions and Alberta Film Projects of Alberta to fund and produce the Christmas feature film”Home for the holidays”. Both productions will be managed by its subsidiary, Amcomri Productions.

“The doors”, directed by Stephen Hall and starring Lord of the Rings star John Rhys-Davies alongside Richard Brake, Elena Delia and Michael Yare, began filming in Ireland earlier this month. The finished film must be delivered in time for the Cannes Film Market in May 2022.

Amcomri Entertainment subsidiary 101 Films International has been appointed as the worldwide sales agent for the project.

Andy Lyon, CEO of 101 Films International, said: “From the moment we pitched the film we absolutely loved it. It’s incredibly commercial and joins a huge list of films we’re producing this year. It’s also great to be able to support an Irish production given our recent acquisition of Silentpoint and the creation of Amcomri Productions, our content hub which is also based in Ireland, as we further strengthen our global footprint.”

“Home for the Holidays”, written by Steve Goldsworthy and co-directed by Jason Wan Lim and Kyle Cooper, will begin filming in Calgary, Alberta in mid-February. Amcomri Productions will produce and finance the project with Polyscope, while 101 Films International has also been appointed as global sales agent for this project.

Andy Lyon, CEO of 101 Films International, said:Having recently completed filming ‘Left Behind: Rise of the Antichrist’ in Calgary in late 2021, we were eager to find another project to work on with our production team in Alberta. ‘Home for the Holidays’ fits the bill and we expect strong sales for this title worldwide.”

Amcomri Entertainment CEO Robert Price commented, “We continue to build a diverse pipeline of productions for 2022 across multiple genres and are excited to see two more productions come to life. The filming of ‘The Gates’ and ‘Home for the Holidays’ represents another step in delivering a strong production slate, a key part of our growth strategy for the company. »

Irish film producer Paul Thompstone launched Studio Atlantic in 2021, the latest addition to the sales and finance side of the international film and television industry. Their company’s goal is to acquire disruptive content for the global market while simultaneously providing brokerage services for high profile content.

Mr. Thompstone has specialized in production financing after developing a network of financing sources that includes private equity solutions for feature films and high concept television. Atlantic has a number of movies slated for release between 2021 and 2022, including Joshua Webber’s “The Gates” and “Issac,” starring RJ Mitte and Dove Cameron.

Founded by Jason Wan Lim in 2012 to produce little more than a student film, Polyscope has since grown to provide content directly to, among others, Neshama Entertainment, MarVista Entertainment, Crown Media Holdings and Netflix, opening the door to first set of the latter. production managed in the province of Alberta. Joined first by Kyle Cooper and soon after by Chris Bragg, these three are Polyscope’s key partners.

To view the source version of this press release, please visit https://www.newsfilecorp.com/release/113791