7 best historical movies Bollywood has ever made

Bollywood, with its love of sports biopics, has a special affinity for historical films.

Mohenjo Daro is the last example of this fact. But even before that, this genre is something filmmakers never seem to tire of.

Here is the list of the best historical films Bollywood has ever produced:

The team of Ashutosh Gowariker and Hrithik Roshan has already produced a historic epic in the form of Jodhaa Akbar. The beautifully shot drama had a terrific performance and perfectly blended action and drama.

This film on the Indo-Pakistani partition is not as well known as Gadar but it is highly regarded for its superb treatment of its famous subject.

Lagaan: Once upon a time in India

Ashutosh Gowariker loves to go back in time. This historical fictional sports drama was one of the greatest risks an Indian filmmaker has ever taken. And my boy, did it work!

The Legend of Bhagat Singh In a year that has featured three films on Bhagat Singh, this one has really garnered attention. The film showed how far freedom seekers have gone to get what they want. Ajay Devgn still hasn’t performed better than his role as a freedom fighter.

This film about the Chittagong uprising was missed by many as it was released opposite Abhishek Bachchan-Deepika Padukone starrer Khelen Hum Jee Jaan Se (another film by Gowariker). But the film has received critical acclaim, won a national award, and is a must-see for any movie lover.

This Sanjay Leela Bhansali film about Emperor Maratha Bajirao I was one of the best films of 2015. The trio of Ranveer Singh, Deepika Padukone and Priyanka Chopra gave top notch performances. 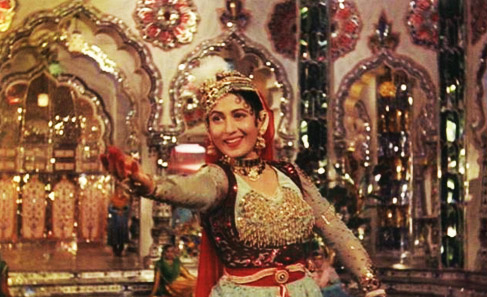 One of the first films of its kind, Mughal-e-Azam remains a classic in the historical category. The film about Akbar’s son Salim’s love affair with court dancer Anarkali became the first black-and-white Hindi film to be digitally colored and re-released.

Read more: The trailer for Hrithik’s upcoming historical drama Mohenjo Daro has been released and it’ll take you on a journey through time!

These are the 10 best Stephen King horror movie adaptations