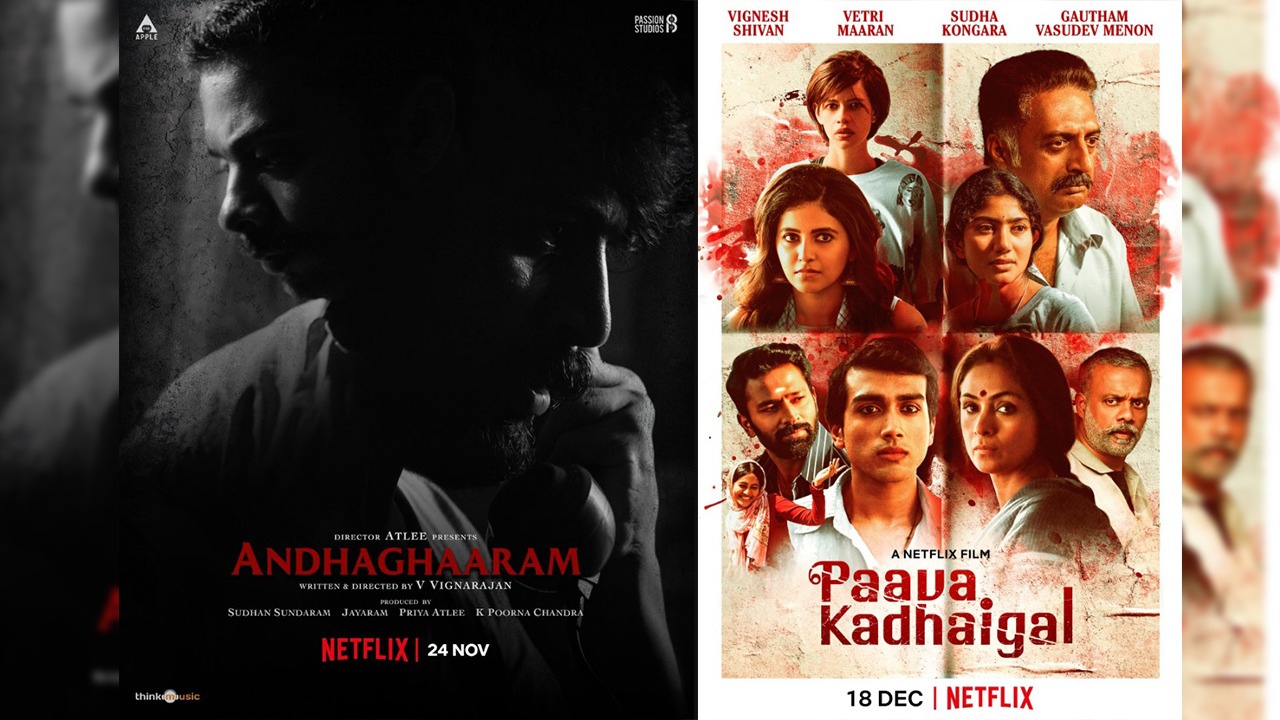 Andhagharaam: It’s very rare to come across a movie in India that doesn’t have a single superfluous moment or irrelevant frame in its length and breadth. Despite nearly 3 hours of play, Andhaghaaram achieves this almost impossible feat. It’s an incredible story told by a master storyteller with the skills and craftsmanship that only the most accomplished director can boast of. It is a total surprise to know that this is V. Vignarajan’s first film. After seeing the film twice, I want to probe the mind of this director. How did he think of creating this astonishing drama where horror and terror are welded to the sounds and sights of everyday life, where three men, by coincidence (?) No one could ever predict?

It’s the rare kind of cinema where you have no idea what’s next, unless you’ve seen it before. Even on a second viewing I was surprised by some visual footage of Vignarajan, a drop of blood, a toothbrush in a mug, an empty green bottle chasing a blind man, the way the director uses a dark room with a bright red landline telephone or a rickety cinema room to generate a sepulchral auraâ€¦ all this constitutes a marvel of cinematographic creation.

The language spoken and the tone with which the characters speak to each other, which ranges from a whispered warning to a stifled cry, is further proof of the director’s tremendous visual and emotional skill. As stressful situations open up, there is a lot of emphasis on visual detail (God, after all, is in the details and it doesn’t matter if Tolstoy’s novel The Devil plays a central role in it. dread drama), so much so that I wondered who came to the writer-director’s mind first: the visual imagery or the devastating plot. There is a supremely gentle simultaneity with which the narrative moves through the lives of the three extremely troubled protagonists without ruffling the feathers of this rare bird called Andhaghaaram. There is a desperately poor blind young librarian Selvam (Vinoth Kishan) with the face of a Sufi saint who communicates with the dead. Then there’s Vinod (Arjun Das) who loses his mind as the landline phone in his one-room apartment throws fearful threats at him in a voice straight out of hell. Finally, there’s a traumatized psychiatrist played by Kumar Natarajan who has his own plans for all of the mentally distraught heroes in the world.

The narrative slides through these lost lives, splashing in puddles of anxiety, negotiating stumbling blocks with unassuming daring. The film has a stunning look and a pounding heart that keeps getting adrenaline pumping. For me, it all fell apart at the end. I must admit that I enjoyed the film more during its journey into the heart of darkness than its denouement. By trying to solve too many puzzles, trying to sort out all the details, much of the mystique and the sense of dread is lost. design (Alagiakoothan) and cinematography (AM Edwin Sakay) which create a poetry of a tormented bird in flight flapping its wings against the glass of life.

I admit that I was deeply impressed, and not the least, these are the actors that I had never seen before. All I saw was not actors looking to put on award winning performances, but a bunch of really troubled people trying to behave normally in a world where nothing makes sense if you sit down to do it. reflect. Meditative, melancholy, mysterious and moving Andhaghaaram is one of the most remarkable cinematic achievements of recent times.

Paava Kadhaigal: Honor, pride, shame, and brutal crime play a big part in this large, imperfect omnibus of four stories, each dedicated to bringing out the pungent flavors of the fierce rules of patriarchy that rule women’s lives.

In Gautham Vasudev Menon’s Vaanmagal, a grieving mother contemplates killing her 12-year-old daughter after the child is raped by known family bandits (this is an important point: sexual violations are often perpetrated in known territory) . Menon, who also effectively plays the role of the rape victim’s father, plays here with the middle-class obsession with respectability without irony or prejudice. Menon’s heartbreaking confession to his wife that he can’t stand watching his child without feeling naked, is a moment to remember in this flawed but powerful story. But the treatment of the story, so harsh and touching at first, swings into excessive melodrama, and the sequence of the rape survivor’s brother castrating the rapist is horribly out of place. Simran, as the mother of the survivor, infuses her role with fire and passion, even though her makeup and appearance could have been less flawless.

More charming, heartwarming and lovingly crafted is Sudha Kongora’s Thangam, a fable-like melodrama filled with sex, criminal revenge and redemption, with a very convincing Kalidas Jayaram as a effeminate villager who takes everyone heckling in its stride and makes explode his savings for a Gender Reversal Surgery when he sees his sister run away with the man he loves brilliantly played by Shantanu Bhagyaraj. With heavy melodrama in mind, Ms. Kongora transmutes the first half of her 35-minute film into a flirtatious, flirtatious fable with Jayaram and Bhagyaraj killing it. Then the curse of the second half sets in. Much lamentation and shouting occurs before we get to the â€œmoralâ€ of the story. I am not sure what it is. But the sincerity of the central performances and the director’s faith in love as a cure-all helps you stay invested in the characters and their tumultuous lives.

Love Panna Uttranum directed by Vignesh Shivan is the weakest of the four stories. In fact, it’s a bit of a mess with the caste system and honor killings mixed in with a lip-smacking black comedy that finds itself as uncomfortable on the theme as potato chips. during a Sunday mass. Kalki Koechlin and Anjali are lesbian lovers (at least we are led to believe) who visit the latter’s radically conservative feudal father in a village. Anjali has a twin sister who just got shoved in the bathroom by her Baabuji and her favorite sidekick. All of the dark comedy goes into a crazy twist with characters trying to make honor killings look goofy, and never really get in the way. The jokes on “Lesbians” called “ESPN channel” could only cause laughter if you are a schoolboy on WhatsApp.

The anthology keeps the best for last. Oor Iravu directed by Vetrimaaran is a powerful, muscular and heart-wrenching study of honor killings. The infallibly exceptional Prakash Raj plays a wounded father who brings his happy and married daughter (Sai â€‹â€‹Pallavi) back to her parental home, poisons her and watches her die. The poignant story takes place in a traditional middle-class house with the rooms around a dark courtyard. The use of traditional domestic space to portray this unspeakable crime is masterfully moving and gruesome. Shot in a scorching night light, the camera follows the agonizing drama in a tragic parody dance. This four-story segment of the anthology (each story can be accessed separately) would have been called a masterpiece without the final scenes replacing live footage with static sketches. A Covid compromise?

Despite all of its flaws, Paava Kadhaigal is an unforgettable journey through lives where social norms rule human emotions to a lethal degree. It is not always a pleasant experience. But ultimately extremely rewarding.

Also Read: Two Netflix Gems You May Have Missed