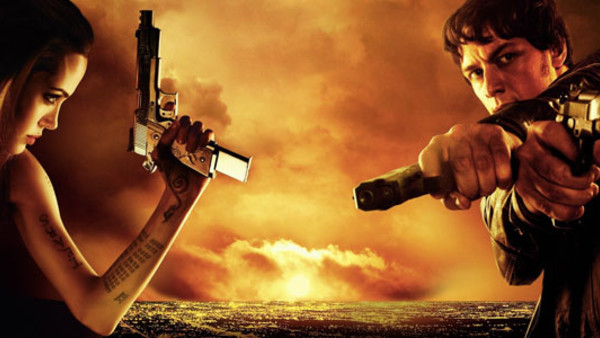 When a novel, a play or a comic book is loved by the general public, it is not uncommon for it to be adapted for the cinema. Now, no matter how good a story is, a few tweaks here and there need to be made for the transition. What works perfectly in a novel may not work at all in a movie.

More often than not, you can make colossal revisions to the adaptation while retaining the spirit of the source material. Massive changes have been made to the conclusion of The Shawshank Redemption, The Lord of the Rings, and Watchmen, and yet the films are still seen as true-to-life accounts.

But it’s not always the case. In this list, we’ll look at some adaptations that have NOTHING in common with the book they’re based on, except for the title. Sometimes the plot, characters, tone, and style bear no resemblance to the source material that supposedly inspired it. In fact, they may have so little to do with the original story that you wonder why the filmmakers bothered to adapt it in the first place.

Winston Groom’s book, Forrest Gump, is about a cognitively disabled man whose simple outlook on life allows him to accomplish wonders. The first half of Robert Zemeckis’ film adaptation is pretty accurate (except for the fact that Forrest is supposed to be 6ft 6.) Forrest is an amazing football player, falls in love with a girl called Jenny, joins the army, meets Lieutenant Dan who becomes a paraplegic and plays ping-pong for China.

However, Gump’s other adventures in the book are much more… goofy. He becomes a Hollywood stuntman with a nude model, a wrestler called The Dunce, and a NASA astronaut, where he is joined by a male orangutan called Sue. The story ends with him begging on the street alongside Lieutenant Dan and his new primate pal.