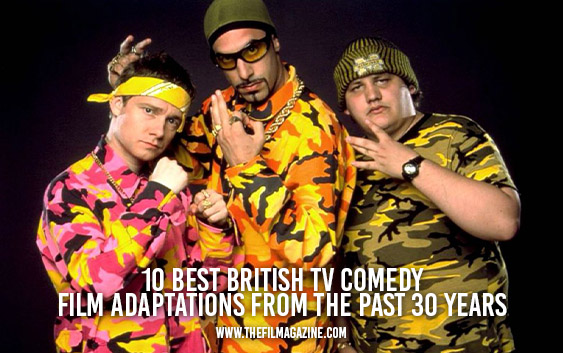 10 best British comedy TV adaptations of the past 30 years

Shakespeare, Shelley, Keats, Austen, Dickens, The Beatles, James Bond, Morecambe and Wise – these are the cries in response to the very topical question: “What has Britain ever given to the world?”

If there’s anything this cold little island needs to be proud of, it’s our comedy. â€œMonty Pythonâ€, â€œFawlty Towersâ€, â€œLittle Britainâ€ and many more are acclaimed around the world; but does British comedy deserve its unwavering reputation? Over the past 30 years, there has been a trend in British comedy involving attempts to transition from television to film, from Keith Lemon to “The Thick of It” – a clear time and money saver when no original idea is yet to come. Necessity breeds invention, but is it simply laziness or an act of genius? To find out, we at The cinema magazine looked at the good and the downright ugly of British TV movie adaptations to put this together: the 10 best British comedy TV adaptations of the past 30 years.

Unlike most other movie TV critic bombs of the past 30 years (Keith Lemon – The Movie; Mrs Brown’s Boys D’Movie), Ali G Indahouse enjoys continued relevance, not least because it was the springboard for Sacha Baron Cohen’s internationally recognized film career.

Ali G Indahouse took Cohen’s alter-ego Ali G, who on his TV show trolled politicians and celebrities with his inane questions on serious matters, and implanted him in a fictional world where he would become an MP and minister. Despite Ali huge incompetence, his stupid political suggestions (such as allowing only hot women in the country) have people hailing him as the voice of a generation.

Here, the comedy is continuous, with belly laughs guaranteed by a constant flow of iconic moments, including the now infamous: “And I told youâ€¦ you sucked a horse!” “

Since it’s about Sacha Baron Cohen, the film has some excruciatingly offensive moments, but it effectively satirizes Britain’s disillusionment with mainstream politics and apathy in youth culture. For the best or for the worst, Ali G Indahouse solidified Cohen’s status as a British institution and Ali G’s colloquialisms are forever entrenched in the British vernacular, although the latter may be for the worse – “Hey Fatty Boom Boom, do you want another custard cake?”

Television: Harry Enfield and his friends

No one would have thought that a forty-year-old duo would produce one of the most accurate depictions of teenagers in movies, but Harry Enfield and Kathy Burke did just that with their turn-of-the-century comedy. Kevin and Perry are going big.

The names of the main characters, taken from Harry Enfield sketches, have often been thrown by parents to surly and obnoxious offspring, especially those who raised children in the 90s and 2000s. This is due to the fact Kevin and Perry are going big is a film that documents in detail the struggles of teenage life: falling out, misunderstood genius, demanding parents, and of course the distress of losing her virginity; and it all comes down to the inspiring story of two dawn boys making their dreams of DJing in Ibiza come true.

Kevin and Perry’s over-the-top presentation is what makes the film so memorable, as it overall reinforces the often disgusting comedy (who would have thought anything could be more disgusting than the poo scene in intermediaries 2?). A distinctly millennial movie, you’d think there was a danger of it becoming dated, but the comedy has a universal quality, such as the horror of witnessing your parentsâ€¦ to it.

Other items that had the potential to age badly, like fashion, curiously came full circle with bucket hats and sportswear suddenly becoming fashionable again; and although the music is very present, all the tracks presented are undisputed tunes – Kevin and Perry definitely has the best soundtrack on this list.

I am a big nerd for movies and especially science fiction, because I appreciate a good existential crisis when leaving the cinema. I have a great adoration for the classics because I am a bit pretentious (silent and black and white for the victory).